Plot Murder of the daughter of philosopher Alexander Dugin 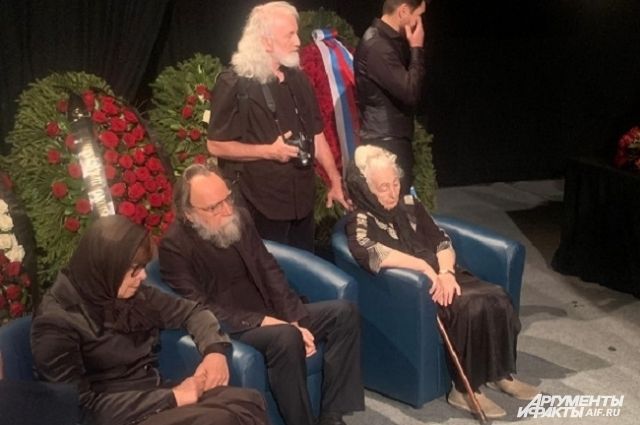 At the farewell ceremony for Daria Dugina, who died in a car explosion, her father, philosopher Alexander Dugin, said that she had passed away in the name of Russia's victory. Aif.ru publishes abstracts of the political scientist's speech.

“I wanted to raise my daughter the way I see the ideal of a person. First of all — it's faith. She spent her entire childhood in Orthodox camps, went to church.

But I wanted her to be an intelligent Orthodox person as well.

Therefore, my mother and I advised her to become a philosopher. And she became him.

Can't say — whether she is deep as a philosopher, but she tried to move in that direction. Now, perhaps, something will be revealed that we have not seen or noticed.

Since childhood, almost the first words we taught her were “Russia”, “our state”, “our people”, “our empire”.

She became so perfect, going through difficult trials. But she has become much better than we are. It has always been like this in our family: you must become better, higher than yourself, braver and smarter, you must become cleaner, more perfect.

We did not praise her, but she lacked this. We told her — this is a disadvantage, be better and higher.

And it seems to me that we overdid it.

When we were leaving, a minute before leaving the festival, the song “In Azovstal” sounded; demons are buried”. She wanted to listen to her, but we left earlier. And this meaningfulness of her life — that's amazing.

She was what she said. How much duplicity in our life, cowardice, but she was not like that. She was whole, so brought up.

She did not want a different fate and life. And now, when the President awarded her the Order of Courage, I can directly feel how happy she is. You see, dad, what a fine fellow I am.

If it affected anyone, her death, her personality, her integrity, then she would have one desire: “Don't glorify me, fight for our great country, defend our faith, holy Orthodoxy, love our Russian people”.

Because she died for Russia at the front, and this front — here».