German Chancellor calls for EU reform from within

German Chancellor Olaf Scholz proposes a major enlargement of the European Union, but with accompanying reform. To expand the EU, Brussels must first change, the head of the German government believes. 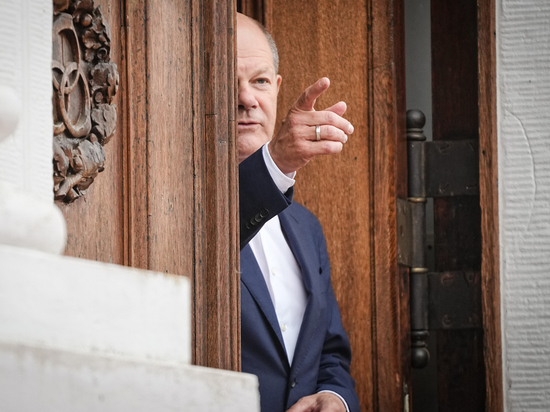 The European Union must to expand significantly, but first it must make fundamental reforms so that the enlarged bloc can still function, German Chancellor Olaf Scholz said recently.

During an hour-long speech at Charles University in Prague, Scholz laid out his vision for the EU's future — one that would absorb up to nine new members in its eastern fringes, expand its visa-free zone, and overhaul major decisions on everything from foreign policy to taxation.

Scholz's presentation, which largely included the ideas he had previously promoted, came at a pivotal moment for the EU. Conflict continues in Ukraine, and an energy and inflationary crisis looms in Europe, which makes many worry about disagreements in the European Union, Politico notes.

In particular, Scholz supported EU membership of the Western Balkan countries, as well as Ukraine, Moldova and Georgia. He also claimed that EU members Croatia, Romania and Bulgaria meet the criteria for admission to Europe's Schengen area, which allows easy and visa-free travel between its countries.

“But a Union with 30 or even 36 member states will be different from our current Union — the center of Europe will shift to the east, — recognized by the chancellor. – Ukraine — this is not Luxembourg.

Such enlargement would potentially add tens of millions of people to the EU's population and threaten to complicate the EU's already confusing and consensus-based decision-making process.

This means, Scholz said, that discussion of reforms “cannot be ignored.” For a start, he insisted, the EU must abandon the requirement for unanimity in many key decisions, not only on foreign policy and taxes, but also on how countries like Hungary and Poland are held accountable for a potential retreat from democracy.

Scholz argued that the European Parliament should also not exceed its current size of 751 members — the number set in the EU treaties. He rejected the idea of ​​”bloat” the size of this body by simply adding MEPs in the case of a new country joining.

The EU must also be wary of how the bloc's executive branch, the European Commission, will react to enlargement. Currently, the Commission has 27 authorized — as many as there are countries in the EU, — each of which oversees one political portfolio. Scholz said that it would be “Kafkaesque” continue to add new policy portfolios each time a new country joins. Instead, he argued, the EU could move to have two commissioners in charge of one area — for example farming or fishing.

Separately, Scholz also supported the idea of ​​French President Emmanuel Macron to create a “European political community” that would exist separately from the EU and be open to both EU applicants and the UK after Brexit.

The German chancellor said that the forum could contribute to “a regular exchange of views at the political level” hellip; where we, as leaders of the EU, and our European partners can discuss once or twice a year the main issues affecting our continent as a whole.

Since the beginning of the Ukrainian conflict in February,  with the delivery of aid to Ukraine, despite the fact that the country adopted the “historic” decision to send weapons to Kyiv. The conflict also drew attention to Germany's long-standing dependence on Russian gas, which has led to a sharp increase in energy prices in the country.

During his speech, Scholz touched on these issues.

Regarding assistance to Ukraine, the chancellor said that he could “imagine, for example, that Germany would take on special responsibility for the creation of Ukrainian artillery and air defense”, adding, that Germany has just signed another arms shipment to Ukraine worth 600 million euros.

And he reiterated that moving away from fossil fuels gave Europe the chance to become a world leader in the technologies needed to achieve climate neutrality. He called for “a true internal energy market that supplies Europe with hydropower from the north, wind from the coast and solar power from the south.” Scholz also outlined the vision for a “European hydrogen network connecting producers and consumers.”

The EU must also update its immigration laws, the German leader said, taking a step to expand legal immigration amid a shortage of skilled workers. “We need immigration — we are now faced with the fact that in our airports, in our hospitals and in many companies we lack qualified workers in every nook and cranny, — Scholz said.

However, immigration has long been a concern for EU countries, and the bloc rarely manages to reach consensus on any part of the topic, Politico stresses.

Another issue that has also baffled the EU is how to control members who deviate from democratic norms, including an independent judiciary, financial transparency, a free press, and gay rights.

Towards the end of his speech, Scholz said he was concerned that “illiberal democracy is being talked about in the center of Europe as if it were not an oxymoron,” hinting at the shortcomings of the rule of law in Hungary and Poland.

Scholz said that the majority wants the EU to uphold democratic values, but the bloc's rules prevent it from doing so. He referred to the EU Article 7 clause, a procedure designed to potentially disenfranchise wayward countries in the EU, but which has stalled with Hungary and Poland.

“Among the — rule of law procedure in accordance with Article 7 — and here we must move away from the possibility of a blockade, », — said the chancellor, adding that financial pressure could be another tool.

“It makes sense to me to permanently tie payments to rule of law standards,” — said Scholz.