One ​​law has been adopted, the second will be adopted in a few days

Soon, two new grounds for confiscation of vehicles will appear in Russia at once. The law on tougher administrative liability for dumping garbage and solid household waste in the wrong places has already been adopted, and the law on criminal liability for repeated driving without a license is due to be adopted next week. 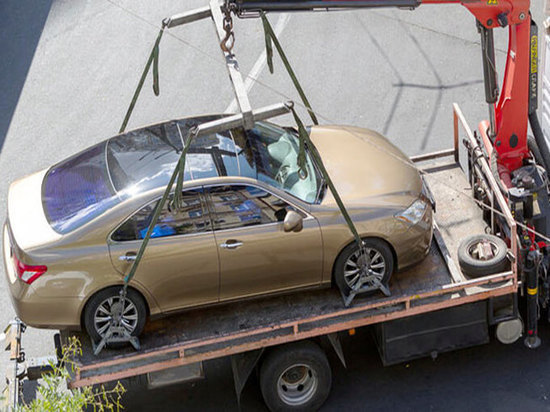 The proposal to tighten article 8.2 of the Code of Administrative Offenses, which punishes non-compliance with the requirements when handling production and consumption waste, was jointly made by the Moscow City Duma and the Moscow Regional Duma in the fall of 2021. It was adopted in the second and third reading this week.

Citizens who throw garbage in the wrong place, along roads, in the forest, create unauthorized dumps, it was decided to punish the ruble more severely. Instead of the current one or two thousand rubles fine in case of capture, they will take from two to three thousand, got caught again during the year – instead of two or three thousand, they will take three to five thousand rubles …

But the main thing is not this. Article 8.2 of the Code of Administrative Offenses will be supplemented with several new paragraphs at once, specifically for those who “pollute and (or) litter” the environment not on foot, but by unloading or throwing garbage from cars or motorcycles outside specially designated places or areas. For the first time, the fine imposed on citizens will be 10-15 thousand rubles, on officials from 20 to 30 thousand rubles, on legal entities – from 30 to 50 thousand rubles. A similar violation repeated within a year doubles all fines, both minimum and maximum.

If the garbage was thrown out from trucks, trailers, tractors or other self-propelled vehicles, from 40 to 50 thousand rubles will be taken from the driver, from 60 to 80 thousand rubles from the official, from 100 to 120 thousand rubles from the legal entity. A repeated violation within a year will lead to much more serious consequences: as an additional punishment, the judge may decide to confiscate the very vehicle that became the “instrument for committing an administrative offense.”

Moreover, it will be possible to record illegal disposal of garbage using video recording, that is, special technical means operating in automatic mode, having the functions of photography and filming, or video recording.

When the law was adopted in the third reading, Oleg Mikhailov (KPRF), on behalf of the faction, expressed doubt that the new norms would help stop the dumping of garbage along roads, rivers, forests and fields. According to him, fines for “just” throwing garbage are increased only for citizens, while for officials and companies they remain the same, moreover, for the same thing, but using transport, the responsibility is much more serious, and this “gives authorized persons quite wide scope for the application of legislation at its discretion.

“The level of fines corresponds to the level of seriousness of the deed,” answered Irina Belykh, deputy head of the relevant Committee on State Building and Legislation (“ER”). She recalled that today the owner of the land plot bears full responsibility for the spontaneous dump, who must remove everything piled up at his own expense and pay a fine.

The threat of confiscation is the right measure, Oleg Nilov spoke on behalf of the “SR” . “Sometimes not everyone is ready to risk a multi-million dollar vehicle,” he believes.

With “handles” officials of environmental and forest supervision will be able to catch violators in the summer, but the use of photo and video recording has been postponed for six months. By the way, after this method of proving the guilt of a citizen starts working, the usual rule “the owner of the vehicle answers if it is not proved that he was definitely not driving” will also be applied here.

The question of whether the authorities in nature, in dense forests or fields will be able to catch vehicles with garbage using photo and video recording, was repeatedly raised during the discussion of the bill. The deputies who supported him believe that they can, if they wish. So, the deputy head of the Committee on Ecology, Natural Resources and Environmental Protection Alexander Kogan (ER) told MK that we can talk not only about stationary video cameras installed along roads and fixing traffic violations. “Already today, the Ministry of Transport of the Moscow Region, for example, is installing mobile cameras and video traps during repair work or to track the flow of cars to determine the load on the highway. Plus, supervisory authorities can also use camera traps in places of unauthorized waste disposal,” he explained.

And now about the confiscation of the criminal one.

It is ready for the second reading, it can become a law next week and come into force in July, a package of two bills to tighten liability for those who were deprived of their rights, but got behind the wheel of a car again.

Now the punishment for those who seriously violated the Rules of the Road and lost their rights for a certain period is administrative: 30 thousand rubles, with an alternative in the form of compulsory work for 100-200 hours or arrest for up to 15 days. Even if a citizen falls for this violation even for the fifth time in a year, even for the twentieth, the punishment remains the same. Henceforth, for a repeated, that is, the second within a year, similar violation will be fined for 50-100 thousand rubles, or even sentenced to compulsory work for a period of 150 to 200 hours. For the second reading, the relevant committee approved an amendment by Senator Irina Rukavishnikova, who proposed depriving those punished under this article of the Code of Administrative Offenses of the right to a 50% discount if the fine was paid voluntarily within 20 days.

A third violation of this kind will already threaten a criminal case. The new article of the Criminal Code promises a minimum fine of 150-250 thousand rubles, and a maximum of up to a year in prison with a two-year ban on certain activities or holding certain positions. If a citizen who is deprived of his rights and, in addition, has an unexpunged conviction for an accident with a fatal outcome committed while intoxicated, gets behind the wheel, the fine rises to 200-300 thousand, and the term of imprisonment – up to two years. As an additional means of influence, the Criminal Code decided to prescribe the possibility of seizing, by a court verdict, “a vehicle belonging to the accused and used by him in the commission of a crime.”

Violations of this kind will be recorded only by traffic police officers, no video or cameras.

When these initiatives were discussed in the first reading, many people doubted the effectiveness of the confiscation. In nine out of ten such cases, malicious violators drive without a license in cars that do not formally belong to them, both deputies and experts said: these are cars of their relatives, friends, or those that have been bought but not yet registered.

“Here we are talking about a weapon for committing a crime, and it doesn’t matter who it belongs to – uncle, aunt or anyone else. The person who got behind the wheel used the car as a tool for committing a crime,” Vice Speaker Irina Yarovaya (ER) explained on behalf of the authors. According to her, “the court always makes decisions based on an assessment of the totality of factors” and the circumstances under which the crime was committed.

For the second reading, Alexei Kurinny (KPRF) proposed to adopt an amendment that, in his opinion, would make the confiscation rule effective: for this, he believes, it is enough to allow the confiscation of not only the vehicle belonging to the perpetrator, but also the vehicle in his use, even if it belongs to another person or organization. According to the amendment, only someone else's car, which the accused took possession of in an unlawful way – for example, stole, cannot be confiscated. But the majority of members of the relevant Committee on State Building and Legislation rejected this amendment.

But the question is how effective the new, seemingly formidable norm of the Criminal Code will be, and whether someone who gives it to a malicious malicious person will lose his car violator of traffic rules, has not gone away. One can, of course, assume that the courts will most likely be guided in such situations by the explanations that the Plenum of the Supreme Court gave a few years ago regarding the confiscation of the instrument or means of committing a crime belonging to the criminal in general. When making a decision on confiscation, the court must first establish whether the defendant owns a particular property or not, these explanations say. If the offender used property that belongs to another person or organization, then the court must find out whether the owner knew about the impending crime and the intention to use his property to commit it. If you knew – confiscation is possible …