One foreign minister made a transparent hint, and the second foreign minister “expanded and deepened” this hint. The head of the Foreign Ministry of the Pridnestrovian Moldavian Republic, Vitaly Ignatiev, said in an interview with RIA Novosti: “The vector of Pridnestrovie has remained unchanged throughout all the years of the existence of the republic, which is reflected in the results of the referendum on September 17, 2006, where it is clearly indicated: independence with subsequent free accession to the Russian Federation.” News? Not really.

As follows from the same statement by Ignatiev, this vector has been in a state of “political suspended animation” for almost 16 years. But now it is not 2006, when the agenda of relations between Moscow and the European Union included further deepening of integration and movement towards the introduction of a visa-free regime.

The slogan of today was quite clearly formulated by Sergei Lavrov during his interview with Margarita Simonyan a few days ago: “Now the geography is different. This is not only the DPR, LPR, it is also the Kherson, Zaporozhye regions and a number of other territories. This process continues, and continues consistently and persistently.

And here is another curious moment from the conversation between Lavrov and Simonyan. Russian Foreign Minister: “Now we must work hard with our colleagues on preparations for the second Russia-Africa summit. The first one was in Sochi in 2019. The second one is planned for next year. Question: “In Odessa, for example?” Answer: No. Probably not in Odessa. We will announce it later.”

Did you pay attention to this word – “probably”? That is, the minister is not sure and in theory admits the possibility that this event can take place in Odessa.

Of course, this theory will not be put into practice in the foreseeable future. Even if Odessa ends up under the control of the Russian armed forces, inviting foreign guests there means putting these guests in an extremely uncomfortable position and thereby knowingly dooming the action to failure.

But the conversation is not really about choosing a venue for the next Russia-Africa summit. The conversation is about the expansion of the geographical scope of the Russian special operation in Ukraine, which has already taken place long ago.

And now, talking about Odessa in this context, the interlocutors shift the conversation from a purely theoretical plane to a plane that may well become practical. What does Transnistria have to do with it? The answer will become clear if you take a look at the map. In order for the physical possibility of Transnistria becoming part of Russia, the Odessa and Nikolaev regions should also be under the control of the Russian Federation. 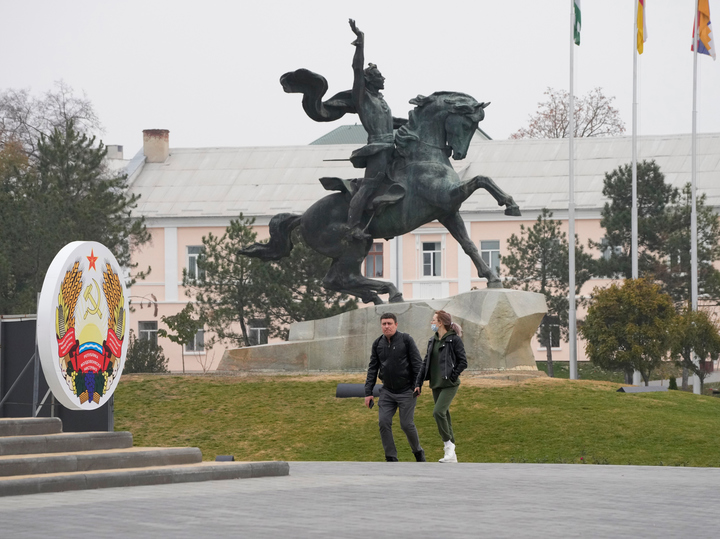 And this is where the intriguing conversation started almost simultaneously by the two ministers ends. Although no, probably not quite yet. Vitaly Ignatiev's interview with RIA Novosti also contains the following meaningful phrase: “Pridnestrovie will not make any decisions to the detriment of the half-million people of the country, it will act pragmatically and honestly.”

The emphasis here should be on the word “pragmatically”. Like, there will be an opportunity – we will join. There will be no such possibility – we will remain in the status of an unrecognized republic, in which Pridnestrovie has been for more than thirty years. Such is the peculiarity of the current political moment (what's the “moment” – just 2022): the words, statements and hints of foreign ministers mean much less than the actions of the military on the battlefield. Diplomats suggest, soldiers dispose.

Read the material “The key to Transnistria is Odessa”: they started talking about war in Moldova”