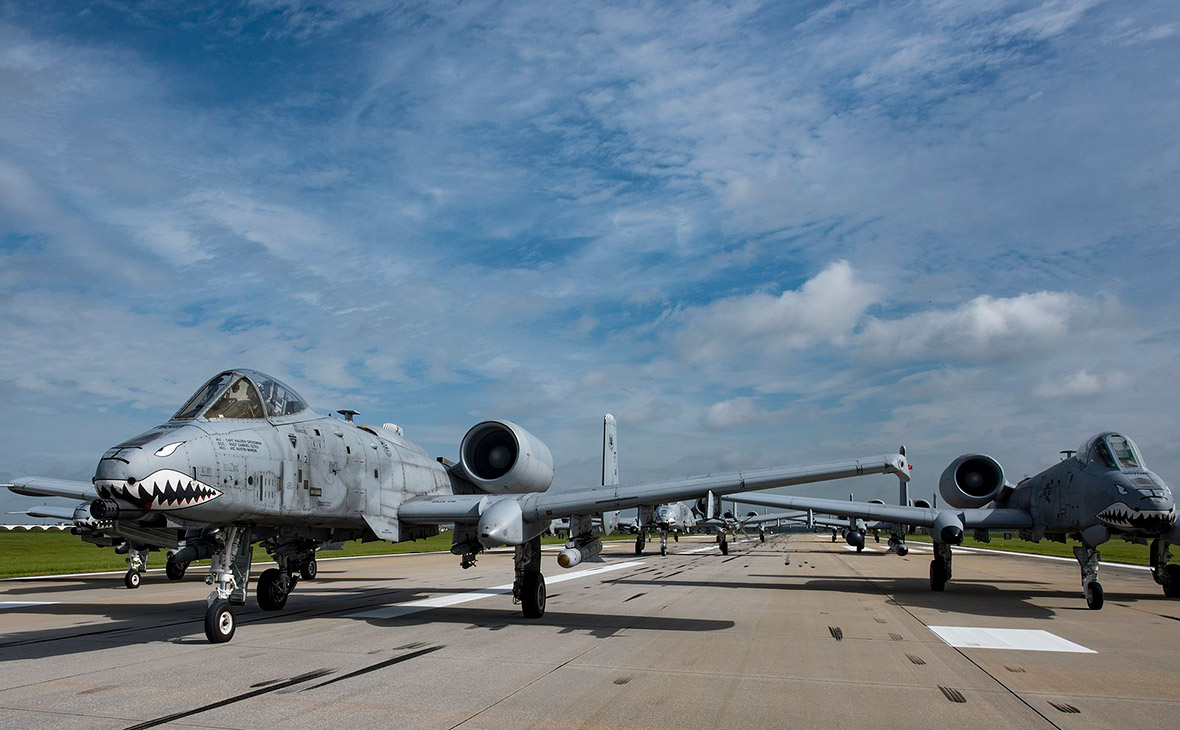 The United States may abandon the Cold War A-10 Warthog (“Warthog”) attack aircraft and transfer them to Ukraine, US Secretary of the Air Force Frank Candell said at the Aspen Institute Security Forum, broadcast of his speech was broadcast on YouTube- organization channel.

The forum moderator first asked Candell what “obsolete” military equipment could be abandoned by the US Air Force. Candell replied that they could be “venerable” A-10. “This isn't really the kind of system we'll need against the opponents we're most concerned about right now,” — the minister noted. Later, he clarified that there is support from Congress regarding the abandonment of some obsolete systems (which ones, Candell did not specify).

Then the moderator asked him, “why not transfer these A-10s to Ukraine.” Candell did not answer the question directly, pointing out that the transfer of weapons and equipment is “largely” depends on the interests of Ukraine. At the same time, the minister noted that there are a number of different options for military support for Kyiv, including the possibility of giving away “older systems to the United States.” “We will be open to discussing with them their requirements and how we can satisfy them,” — added by Candell.

The A-10 Warthog is a single-seat, twin-engine attack aircraft that is capable of providing air support to ground forces, hitting tanks, armored vehicles and other ground targets. It has been in service with the US Air Force since 1976.

Since the beginning of the special operation, the West has been providing military assistance to Kyiv, but there has never been an aviation supply, despite the requests of the Ukrainian side. CNN reported that in March, Kyiv asked for Su-25 attack aircraft “similar to the American version of the A-10 Warthog” to be handed over to him. President of Ukraine Volodymyr Zelensky said in early July that “no one expects this or that aviation any more.” from the partners of the country.

Nevertheless, various Western politicians did not rule out the supply of aircraft to Kyiv. At the same forum, US Air Force Chief of Staff Charles Brown Jr. admitted that Ukraine could receive American, French or Swedish fighters such as the Gripen, Eurofighter or Rafale. Slovak Prime Minister Eduard Heger said in early July that Bratislava could provide Kyiv with MiG-29 fighters, but in return it wants American F-16 fighters.

Read on RBC Pro Pro How China's technology sector lost $2 trillion in capitalization Articles Pro “Worse than in an orphanage”: what it’s like to work on Wall Street — in 4 points What are their mistakes Articles Pro The Central Bank may restrict trading in foreign shares. What will happen to St. Petersburg Exchange Forecasts Pro Migrants have gone to couriers. Why builders can't find workers Instructions Pro Chinese electric cars are pushing out the leaders of the auto industry. How to make money on it Articles Pro Eight signs that an employee may quit Articles