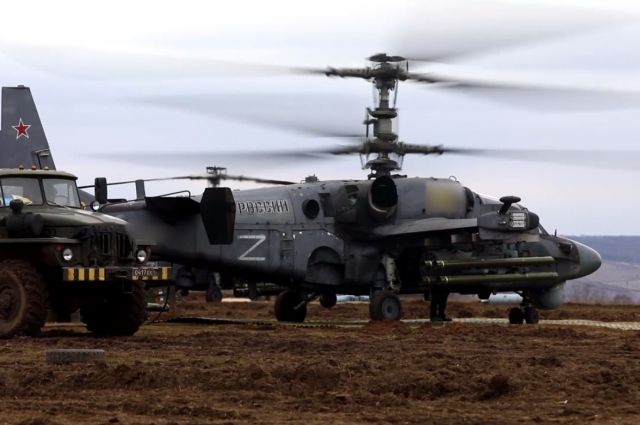 The footage of the combat work of the crews of Ka-52 helicopters of the army aviation of the Aerospace Forces of the Russian Federation during the special military operation in Ukraine was published by the Russian Ministry of Defense.

Earlier, the Ministry of Defense showed footage of combat operation of 2C4 Tyulpan self-propelled mortars, with the help of which Russian military managed to eliminate the camouflaged fortified positions of Ukrainian troops in the zone of the special operation.