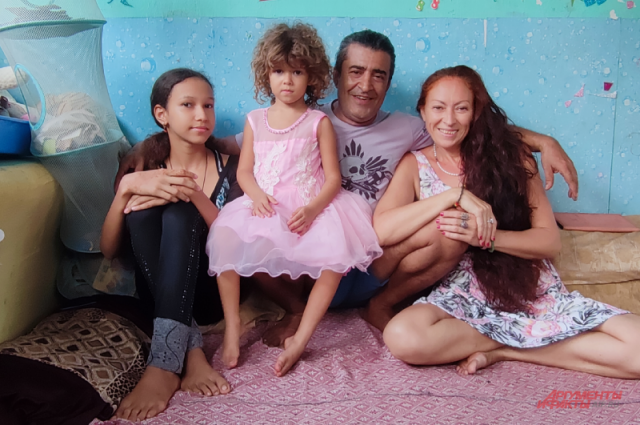 A native of the Chelyabinsk region, Elena Bilyalova accepted an offer to become the wife of an Indian citizen 12 years ago.

They settled on the outskirts of Mumbai, bought an apartment (mostly with Elena money), a daughter Alisha was born. The Russian wife did not get along right away with the mother of the betrothed. It annoyed the bride from Russia not Hindu,                  of their village «Our Mothers-in-Law — pure angels, — Elena laughs. — Here is the Indian mother-in-law — it's a monster. It looks like hazing in the army, where a young soldier is beaten, and then he himself, becoming a “grandfather”, beats others. The daughter-in-law of the Indians is obliged to unquestioningly comply with any orders of the mother-in-law. Even worse is the wife of the younger brother, who, according to Indian customs, is simply a real free slave — cleans  everyone, cooks».

The young couple were brought together at a ceremony in a Hindu temple. Elena with a shudder recalls — she had to swallow a drink that contained cow urine. After 8 years, the marriage broke up — Elena's husband began to drink, go for walks, and quit work, and and then raised his hand against                        s   she says. —  I never sent her any gift at all. His family too. 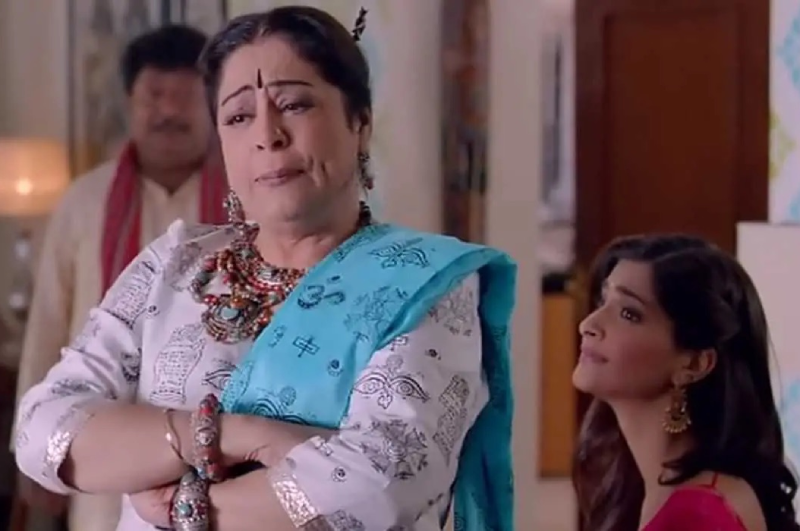 Mother-in-law. Frame of the Indian film

According to Svetlana Khorkovafrom Murmansk, who got married in 1995 in the city of Varanasi, after watching Indian films popular in the USSR, our girls imagined India as a fabulous exotic country where people in beautiful clothes sing and dance, in riding between dances  elephants.

«Well, everyone — Jimmy-Jimmy, acha-acha!   with laughing, Svetlana quotes a song from  the Bollywood hit „Disco Dancer“. — Then it turns out — here is a pipets, and not a fairy tale. You were rightly told, Indian mother-in-law — in general, a fascist, we from the first day of dogging. She gave birth to a girl — began to look like a wolf. Sons are valued here: therefore, the ultrasound procedure in order to find out the sex of the child was banned by law.  — husbands found out that a daughter would be born, and forced their wives to have an abortion. A dowry is necessary for a daughter, a wedding is also played on the money of the bride's parents: and the boy, as they say, will be the breadwinner, provide for the family. Well and of course, I d d not expect such a life. The whole family of the husband — vegetarians, at home only vegetables in spicy sauces: I smuggled fried chicken, scrambled eggs and ate from street vendors. Basically, it is not customary for women to work here, they sit at home. I went out to the office and in the evening I took care of the child, there were 6 sleep hours left. Felt like I was in a zoo — after all, it is prestigious to marry a European woman in India, our husband’s guests constantly came to us, asking permission to take a picture with me. Tired. I didn before thinking that             &nb; But, alas, this is true. 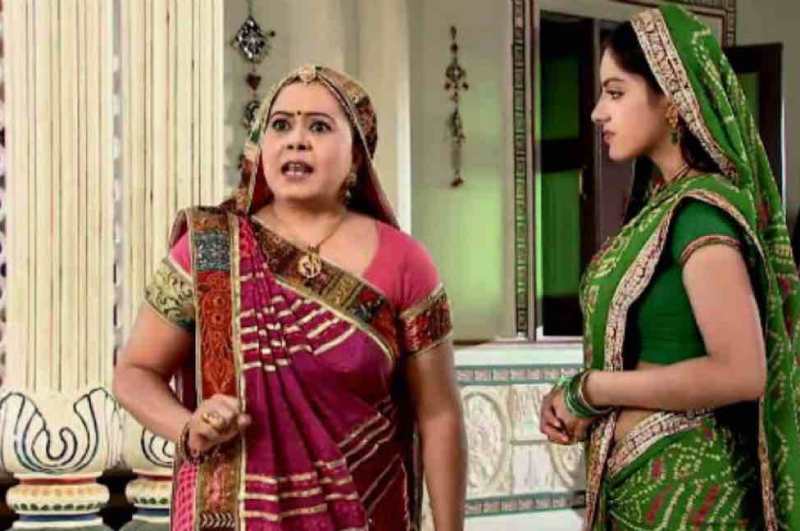 A frame from the Indian film

“Did you try to rake after the elephant?”

Perhaps the coolest “lucky” Oksana Boldyshevoth from Novosibirsk — she fell in love with an Indian student from the southern state of Kerala, and moved in with him in 1999: they played a magnificent wedding. It turned out that the beloved's family lives in a small village, not far from the beach. Coconut palms by the sea, pure romance. But Oksana was in for a surprise — it turned out that the family owns two elephants (!), which are rented out to tourists for riding.

“Do you” imagine what it's like to rake shit for at least one elephant? — Oxana rages.   And there there are two of them, and I the wife of my youngest son! In general, it barely lasted a year. True, I got used to the elephants, they loved me, they took food only from my hands. And actually, they turned out to be elephants, I their Katya and Masha called».

Among the main disadvantages for her, Boldysheva calls the heat. "I although from Siberia, we have strong sun in July, the skin burns. But it's just awful. During the day, like on a frying pan. In the evening I went out, walked for five minutes along the street and was already wet as a mouse. True, by the time of the divorce, I got used to the climate and did did leave I moved to Goa, I work as a tourist guide. Still, the eternal summer and the absence of harsh frosts is a wonderful thing.

Also, Oksana did not like the Indian fauna at all — she, by  her confession, made her 'squeal every night'. “Snakes, huge bugs, cat-sized cockroaches. Monkeys run around, they can grab a bag of food from your hands. And you can't break it — sacred animal. We hesitated. 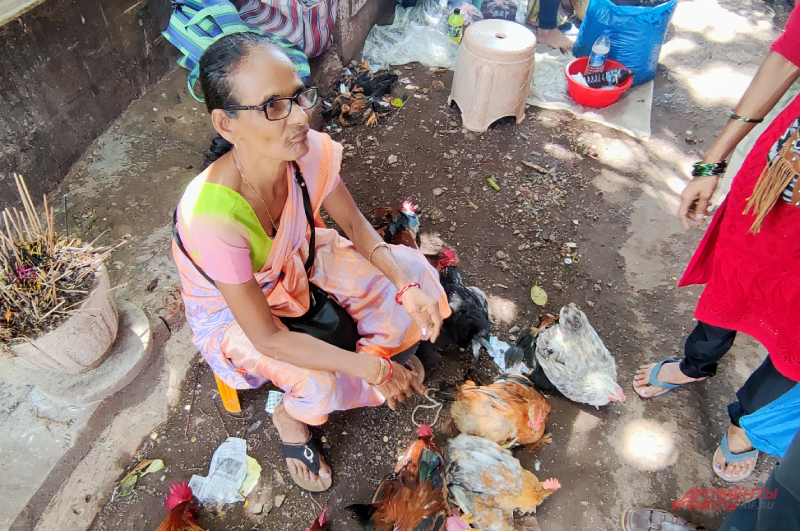 As Elena Bilyalova explains, there are usually no people who are indifferent to India. Either our women fall in love with this country in a minute, or they run away in a few months screaming — «more here foot!».

“I belong to the first type of girl, — she smiles. — I immediately liked everything here, and  I happy in the second marriage  — with a Muslim from Kashmir, he is wonderful me  child».

and the rest  — as a rule, after a divorce from an Indian, a Russian girl rarely comes back, more often she stays in India.

«I had nowhere to go back — Svetlana Khorkova admits.   I sold my apartment in Murmansk, my parents were offended by my marriage to „black“, stopped talking to me. The daughter is dark-skinned, she doesn’t know the Russian language, she was afraid of — how she gets settled in school, they will tease. So I didn't go. Anyway, India is a good country. There are mangoes, bananas, papaya all year round for pennies, and very cheap. It is easy for a European to find a job, albeit not for a lot of money. There was a time, in Bollywood, I often starred in episodes of historical films, portrayed English ladies.  1  >

Almost all the ladies I interviewed noted that the Indians did not mind when, in the case of a divorce, the child remained with the mother: they did not try to kidnap him, as after marriages with the Egyptians. 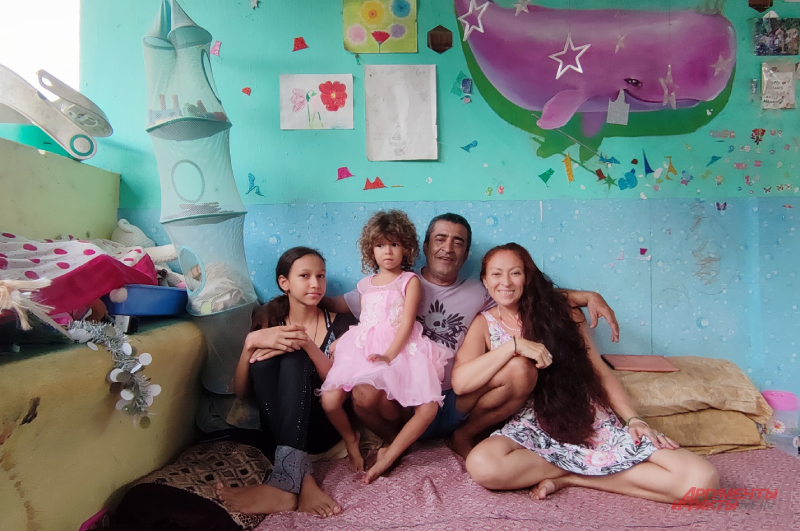 “I begged herrings to bring”

"This is if the daughter — considers a former resident of Rostov, Zinaida Kilskaya, who in 2011 married a student from Delhi — she met him at a party in her hometown. — In  I had a son, and   an Indian family is ready to fight for sons. My husband, his father and brother began to threaten me, they promised to run over me with a car. My mother-in-law said she wanted to poison me. It's real, in Indian films people are so nice, and you just cross the road — you will see what they turn into. I ran away with a child to Goa, hired a lawyer, filed a court. For some time I did not let my son out of the house, until I was sure that I was not being followed. I sent threatening letters to the police, they left me alone. To & nbsp; the question of what caused the divorce, Zinaida answers & nbsp; & mdash; "He began drinking. Can you imagine? I was funny. After all, Hindus do not have such a culture to constantly „sour“. And he said that he was addicted in Russia. Guard, how lucky I am — I could at at at home quietly jump out for drunk, but found myself an alcoholic seven thousand kilometers from Rostov. And the food didn satisfy me. One chicken, Lord! In curry, in kebabs, in kebabs. Where's the sausage? And crayfish, seeds? I constantly begged my acquaintances, who came to Delhi on business, to bring black crackers, lard and herring.

…There are no exact statistics. But according to various estimates, in India and after a divorce, and in happy marriage live from 30 000 to 70 000 citizens of Russia. Most of them married Indians, tens of thousands of who went to study at higher education institutions of the USSR. Now marriages with students are also not uncommon, but most often grooms are found on the beaches of the Goa resort, where our women come to relax. Of course, there are enough divorces and unsuccessful marriages in in Russia itself, and for the same reasons of course I don take care of elephants, but alcohol —      sure for sure. Therefore, in the near future, I will write an article about successful marriages between Russian girls and citizens of India. It may seem surprising to you, but they are more than enough.