265 people surrendered, including 51 wounded. The evacuation of the wounded from Azovstal began the day before, on May 16 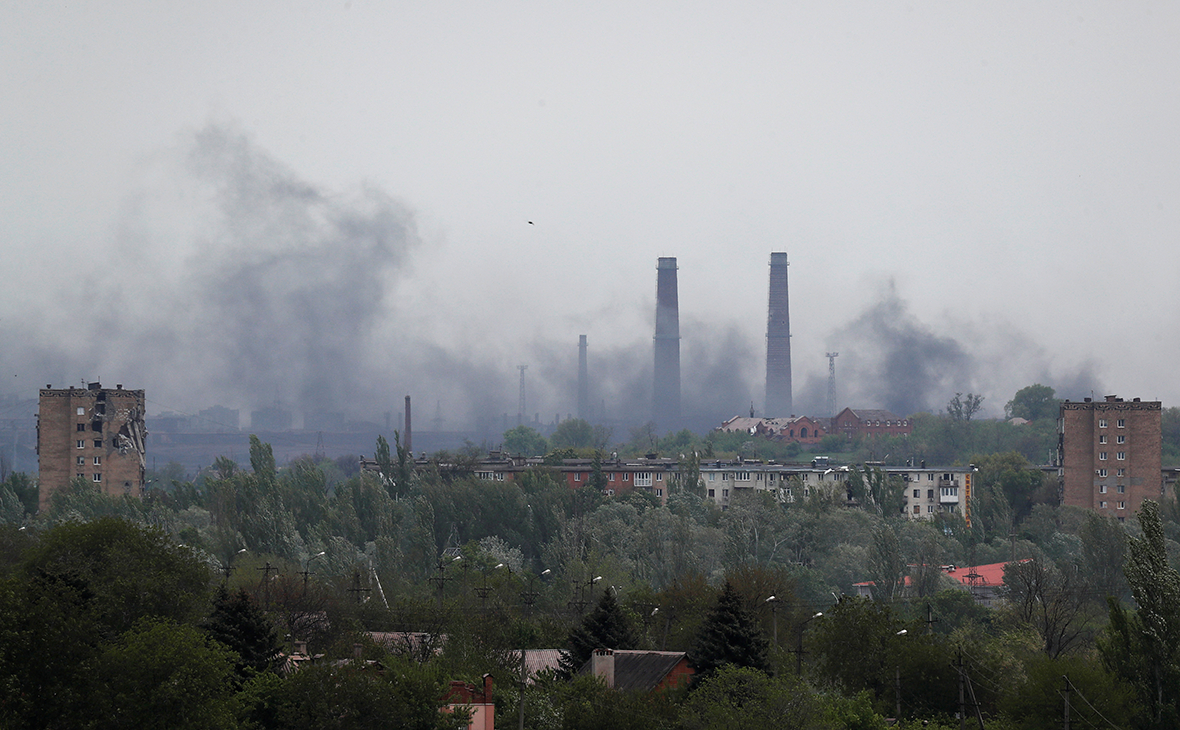 View of the Azovstal plant

For a day at the plant “Azovstal” in Mariupol, 265 Ukrainian soldiers laid down their arms and surrendered, including 51 people with serious injuries, Russian Defense Ministry spokesman Igor Konashenkov said during a briefing.

“Yesterday, the surrender of the militants of the nationalist division “Azov” began. and Ukrainian servicemen blocked at the Azovstal plant in Mariupol. Over the past day, 265 militants laid down their arms and surrendered, including 51 seriously wounded»— he said.

The Ministry of Defense announced the start of the evacuation of wounded Ukrainian servicemen from the territory of Azovstal the day before, May 16. A humanitarian corridor was opened in the area of ​​the metallurgical plant, all the wounded were to be taken to Novoazovsk for medical assistance. The Ministry of Defense noted that they began to take out the wounded after negotiations with representatives of the Ukrainian military blocked on the territory of the plant.

On the morning of May 16, ten military men left the territory of the plant, said the commander of the Vostok battalion; Donetsk People's Republic Alexander Khodakovsky. According to him, the servicemen held white flags and asked to start negotiations on the evacuation of the wounded.

On the same day, Reuters, citing an eyewitness, reported that from the territory of Azovstal about ten buses with Ukrainian servicemen left. The agency did not provide data on their number. Later, the RT channel reported that about 300 Ukrainian soldiers left the plant, including about fifty wounded. The Deputy Minister of Defense of Ukraine then said that the Azovstal plant 274 people left, including 53 seriously wounded, who are expected to be exchanged.

In early May, Deputy Prime Minister of Ukraine Irina Vereshchuk said that from the territory of Azovstal evacuated all the children, women and elderly who were there. Later, the Russian Ministry of Defense reported that all civilians had been removed from the plant.

At the end of April, Russian Defense Minister Sergei Shoigu reported to President Vladimir Putin that the military of the DPR and Russia had occupied all of Mariupol. Then he claimed that at Azovstal are “the remnants of nationalists and foreign mercenaries.” In order to completely clear the territory, according to Shoigu, it took about three to four days, he reported. However, Putin ordered to cancel the assault on the plant and urged to think about “saving the life and health of our soldiers and officers.” and «do not climb into these catacombs».

Read on RBC Pro Pro “ЯRUS” and TenChat: why you should not rush to master Russian social networks and what advantages you can miss Pro articles Consulting services are in demand more than ever: what companies want — what you need to know about doing business in India Articles

In Kyiv, speaking about the situation at the plant, they indicated that they would stop negotiating with Russia and withdraw from them if the military from Azovstal will perish. On the night of May 17, President of Ukraine Volodymyr Zelensky said that the military from Azovstal the state needs alive. He expressed the hope that “thanks to the actions of the Armed Forces of Ukraine, intelligence, as well as the negotiating team, the International Committee of the Red Cross and the UN” the military will be saved.