The Russian military department decided to recall the experience of liberating Odessa from the German-Romanian occupation in the spring of 1944. It posted on its resources a new batch of digitized archival documents from the period of the Great Patriotic War. The experience of the operation to liberate Odessa is all the more interesting because, according to a number of military experts, Odessa and neighboring Nikolaev may become the target of another offensive by our troops during a special military operation. Although no one has officially confirmed this information. 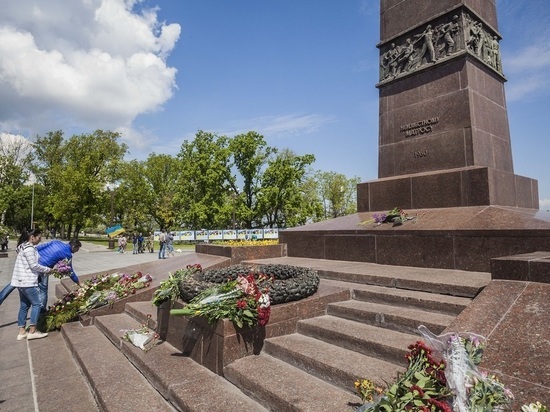 Odessa was occupied by German and Romanian troops for almost three years, from September 1941 to April 1944. The operation to free her took about three weeks – from March 26 to April 14, 1944. During this time, the coastal grouping of Nazi forces between the Southern Bug and Dniester rivers was defeated.

Reports and combat logs, award materials tell about the course of the operation. In addition, there are registration cards of military graves and documentary evidence of the crimes of the Nazi regime, including a diary of Romanian soldiers.

Odessa was liberated by troops of the 2nd and 3rd Ukrainian fronts. The main difficulty was the terrain – a large number of water barriers – rivers, estuaries, indented and heavily fortified coastline. Troops moved from several directions. On March 28, Nikolaev was released. German troops were forced to retreat to the Dniester River. On March 30, amphibious assault liberated Ochakov.

Two armies bypassed Odessa from the northwest. To the north of them, the cavalry-mechanized group of General Issa Pliev was advancing. She was supposed to go to the Dniester estuary behind enemy lines. The 5th shock army marched on Odessa from the northeast, along the Black Sea coast.

In three years, German and Romanian troops equipped four lines of defense. As noted in the report on the actions of the 5th Army, the western shore of the Tiligul estuary became the first line of defense. The enemy mined the approaches to the estuary and destroyed the only crossing, blowing up bridges on a 3.5-kilometer dam.

On the night of April 1, our troops crossed the Tiligul estuary ford. The depth of the water in some places reached the shoulders. At the same time, the enemy fired on the advancing troops from the high western shore. The infantry drove the enemy out of the occupied coast and firmly entrenched themselves on it.

At 10:00 on April 10, Odessa was liberated. Huge damage was inflicted on the German and Romanian troops: the Nazis lost 160 thousand soldiers and officers near Odessa. Among the trophies there are 169 tanks, 273 guns.

According to the above documents, Odessa was taken by ground forces that attacked from the northern, northeastern and northwestern directions. The fleet solved auxiliary tasks. The amphibious assault did not land in Odessa itself. Most likely, because the water area and the coast were mined.

In the report of the Main Political Directorate of the Red Army dated April 11, 1944, it is noted that “the residents of the soldiers and officers of our units who entered the city hugged – they cried with joy, asked if they needed any help.

During the occupation, 82,000 inhabitants died in Odessa, 78,000 people were deported to forced labor in Germany. In the last days of their stay in the city, “German and Romanian soldiers opened machine-gun and automatic fire on women, children and the elderly who appeared on the streets of the city,” the report says. In the city itself, during the occupation, 2,290 buildings were looted and destroyed.

The diaries of the Romanian soldiers preserved the following entries: “On October 23, the executions of Jews and communists began. At 11 o'clock in the morning, 20 gallows were set up in the park (near the port), on which communists were hanged, and on the streets, at every intersection, there were shot men, women, girls. Their corpses lay around all day for the rest of the population to see.