The Ministry of Defense announced the withdrawal of troops from Serpents' Island as a “goodwill step” The Ministry said that with this step, Russia showed the world that it “does not interfere with the efforts of the UN to organize a humanitarian corridor” to export grain from Ukraine 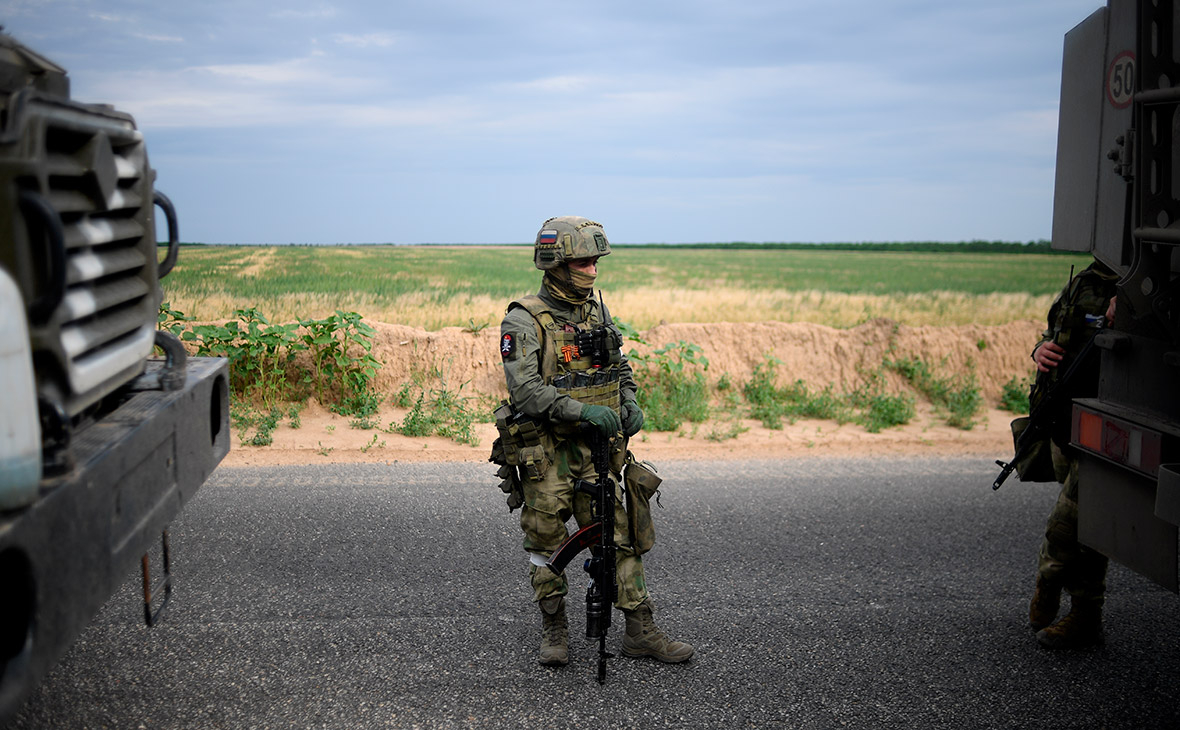 The Russian military as a “goodwill step” completed tasks on Zmeiny Island and withdrew the garrison stationed there, the Russian Defense Ministry reported.

As stated in the department, with this step, Russia showed the world community that it “does not interfere with the efforts of the UN to organize a humanitarian corridor.” on the export of grain from Ukraine.

“This decision will not allow Kyiv to speculate on the topic of the impending food crisis, referring to the impossibility of exporting grain due to Russia's total control of the northwestern part Black Sea»,— says the message of the Russian Ministry of Defense.

The ministry noted that now the word is up to Ukraine, “which has not cleared mines yet.” coast of the Black Sea near its coasts, including ports.

Read on RBC Pro Pro What is important to know about business in Kazakhstan and Uzbekistan Articles Pro How companies won court cases with employees thanks to KEDO: three cases Cases Pro Participatory capitalism. A global economy that works for progress, people and the planet Summary Pro How to “get around” sanctions: alternative ways to deliver goods from Europe What Russian assets are capable of growing despite the sanctions Articles Pro Inflation around the world is getting out of control. Where this will lead Articles Pro Which Russian companies will be able to return to paying dividends Articles

Russia has been conducting a special military operation in Ukraine since February 24. The battles for Snake Island, which is part of the Odessa region, began on the same day. On February 25, the Russian Ministry of Defense announced that Serpentine had come under the control of the Russian military.

Initially, the Ukrainian authorities reported that all the defenders of the island were killed and they would be posthumously awarded the title of Heroes of Ukraine. However, a spokesman for the Russian Defense Ministry, Igor Konashenkov, said that 82 soldiers from the Ukrainian garrison had surrendered. Later, the Ukrainian army admitted that the military, who had previously been declared dead, were in Russian captivity.

The Russian missile cruiser Moskva participated in the operation to take control of Snake Island. On the night of April 14, as reported by the Russian Ministry of Defense, a fire broke out on the ship due to detonated ammunition. In the evening of the same day, the cruiser sank.

Since that time, the Russian Defense Ministry has reported a number of Ukrainian military attacks on the island. Several attempts to land on Serpentine, according to the department, were accepted by the Armed Forces of Ukraine in early May. Then Konashenkov said that these actions led to a “catastrophe”; for Ukrainian forces: the death of more than 50 soldiers, the loss of four aircraft, ten helicopters, three boats and 30 drones. On May 12, the Russian military also shot down a drone over the island and intercepted three Ukrainian Tochka-U ballistic missiles.

This month, on June 20, Ukrainian forces again attacked Serpentine. The Russian Ministry of Defense stated that the Armed Forces of Ukraine hit the island with ballistic missiles “Tochka-U”, MLRS “Hurricane” and American howitzers M-777 from positions near Odessa and on Kubansky Island. The air raid involved 15 attack and reconnaissance drones, as well as two Turkish Bayraktar. According to Konashenkov, a US Air Force RQ-4 Global Hawk reconnaissance drone was also spotted over the island, and Ukrainian forces provided drone cover with S-300 systems from positions in the Tuzla and Ochakov regions.

The Russian military repulsed this attack, and “All enemy weapons fired at the island were destroyed,” the Russian Defense Ministry said.

Maxar Technologies, an American company specializing in satellite production and related services, published satellite images of Snake Island on June 17 and 21. This footage was also shown by CNN. They show large areas of scorched earth and a destroyed tower, the TV channel reported.