The air defense system repelled most of the shells, but some of them still hit the bridge's roadbed, Stremousov said. The deputy head of the VGA assured that there was no critical damage to the structure : 320px) and (-webkit-min-device-pixel-ratio: 2), (max-width: 320px) and (min-resolution: 192dpi)” > 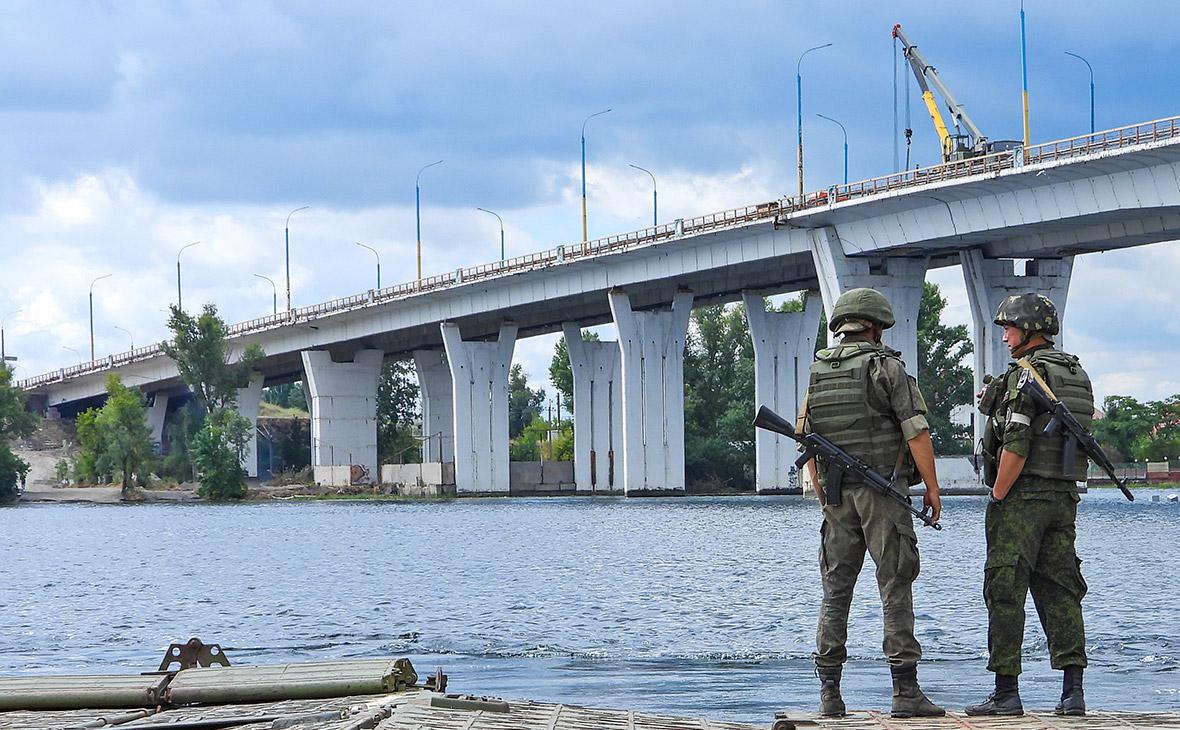 Ukrainian forces again tried to launch a missile attack on the Antonovsky bridge near Kherson, which runs across the Dnieper, but it was repelled by the air defense system, RIA Novosti reported. Kirill Stremousov, deputy head of the military-civilian administration (VGA) of the Kherson region controlled by Russian troops.

“Another attempt was made to launch a missile attack on the bridge. Air defense worked. They hit on the bridge, but the air defense repels. The whole bridge»,— he said.

According to him, some of the shells hit the roadbed of the bridge, but the damage is not critical.

Antonovsky Bridge— the only road bridge across the Dnieper in Kherson. It connects the administrative center of the region with the city of Alyoshki. Total length— about 1.4 km, width— 25m.

The pro-Russian authorities of the Kherson region have repeatedly accused the Ukrainian armed forces of shelling the bridge. So, on August 22, Stremousov reported the death of two workers who were repairing the structure as a result of shelling. Before that, a TASS interlocutor in the local emergency services spoke about 15 victims from among the civilian employees of the repair and restoration team, while three people were missing.

An emergency services spokesman claimed that Ukrainian forces fired at the bridge with a HIMARS Multiple Launch Rocket System (MLRS). The structure, according to Stremousov, was not critically damaged.

Local authorities have reported attacks on the bridge before. On July 20, Stremousov said that another 11 missiles hit the structure and “virtually destroyed” it. his. The official warned of the risk of the crossing collapsing with further shelling. A week later, and also on August 8, he announced two new hits from HIMARS. In both cases, the supporting structures of the Antonovsky Bridge were not damaged.

Read on RBC Pro Pro What stocks have been bought recently by Dalio, Soros and other billionaires Articles Pro Muscle mass affects cognitive skills. Here's what scientists say Research Pro “This is a stab in the back for the industry”: what IT companies suffered the most disconnected from the IT systems of a global company Cases Pro “I can fire you”: what does the friendship of a boss with subordinates lead to? y":841,"w":616,"h":51,"abs_x":907,"abs_y":2362}”> Then, on August 8, Stremousov said that they began to build a floating crossing across the Dnieper as an understudy of the Antonovsky Bridge.