The Ukrainian army is rapidly preparing sniper crews and equipping them with modern weapons. According to this indicator, the Armed Forces of Ukraine (AFU) are significantly superior to the snipers of the militia of the unrecognized republics of the DPR and LPR. The electronic edition “Army Standard” wrote about this. 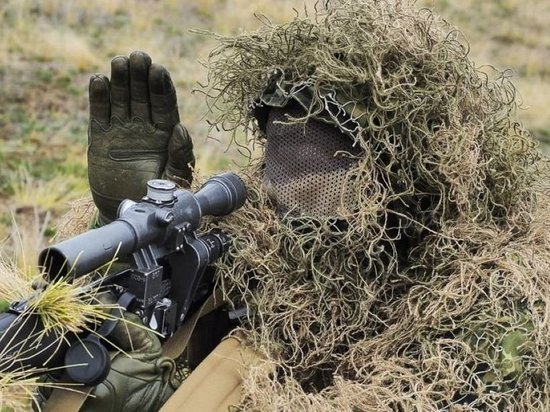 According to the newspaper, the number of the Armed Forces is approximately 250 thousand people. At the same time, more than 5,000 snipers have been trained in the Armed Forces of Ukraine. The training of snipers is carried out at the Yavoriv military range, in the 169th training center “Desna” in the Chernigov region, at the “Shiroky Lan” training ground near Nikolaev. Snipers are trained by military instructors from the USA, Great Britain, Poland, Georgia and Lithuania.

According to an expert on special operations forces Sergey Kozlov, the equipment of Ukrainian units with modern sniper rifles with an accuracy of combat within 1 MOA and an aiming range of 1500-2000 m is higher than in any of the European countries.

The Ukrainian company Ukrop has developed the UAR-10 sniper rifle based on the American AR-10 semi-automatic rifle. The maximum sighting range is 1.2 km. The rifle is replacing the Soviet SVD. In addition, the arms company Snipex has developed samples for the caliber 14.5×114 Snipex Alligator and Snipex T-Rex. The rifles were adopted by the Armed Forces of Ukraine. The Mayak plant has created a 12.95 mm rifle complex. It is the most long-range and accurate rifle, capable of hitting targets at ranges of up to 2500 meters.

“There is a serious technical breakthrough that allows us to achieve a fire advantage for infantry on the battlefield,” the author concludes.

According to him, in terms of armament and equipment, Ukrainian snipers in the confrontation in the Donbass were far ahead of the militias. Sniper units have been created and trained in the army corps of the DPR and LPR. However, their total number is no more than 450 people. They are mainly armed with Soviet SVD rifles. Thanks to sponsorship, individual crews are armed with modern sniper rifles Lobaev, ORSIS 5000, Sniper system 6c8 of various calibers.

According to the author, the development of sniper weapons in Russia is not carried out systematically. At the same time, the author warns, the use of trained sniper groups in combination with reconnaissance units and special operations forces, in combination with artillery fire with the help of drones, can create a lot of problems even for a well-trained and armed enemy.