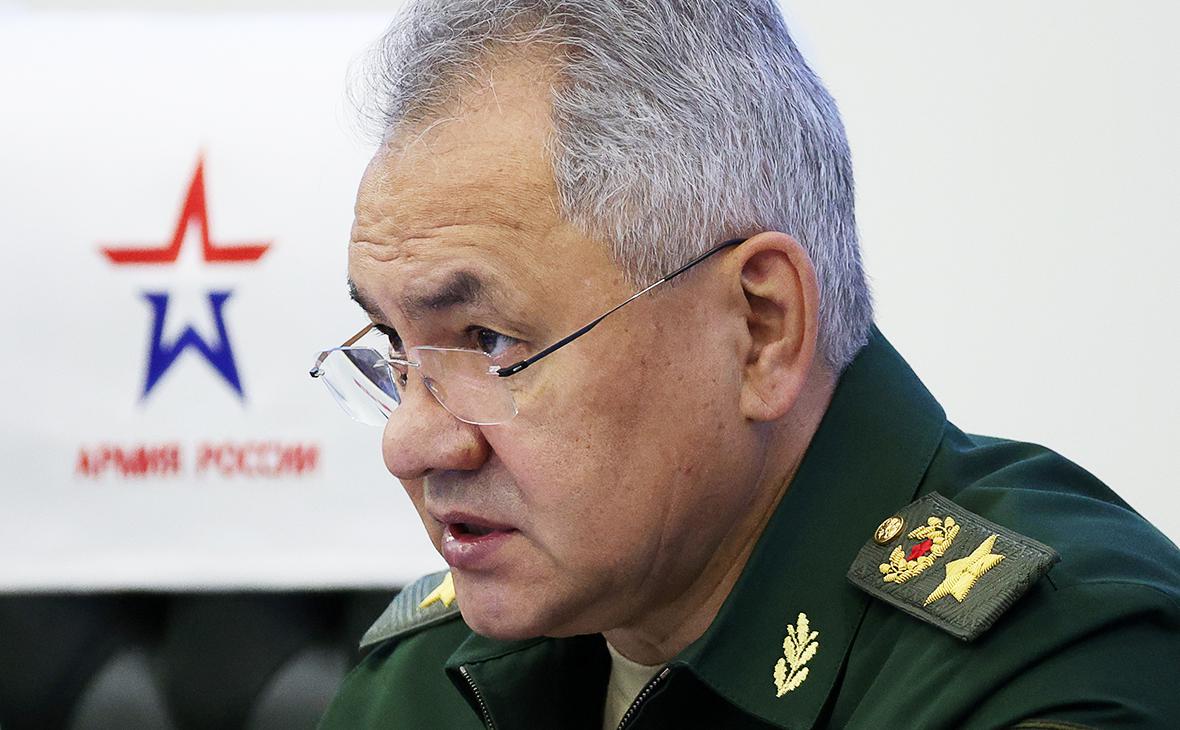 Hypersonic missile “Dagger” was used during a special operation in Ukraine three times. This was stated by the head of the Ministry of Defense Sergei Shoigu in an interview with the TV channel “Russia 1”.

“It was used in our country during a special military operation three times. And she showed her brilliant performance three times. Characteristics that no similar rocket in the world has,— said the minister.

According to him, the Russian Armed Forces use the “Dagger” to attack critical targets. Shoigu added that the missile is capable of reaching speeds of more than Mach 10, and “along the way it changes its trajectory both in vertical and horizontal planes.”

In addition, Russian troops use the latest Su-57 multifunctional fighters , stressed the head of the Ministry of Defense.

“The aircraft (Su-57) has a very high degree of protection against various air defense systems, it has protection against missiles. There's a lot of things…, and, most importantly, very, very powerful weapons. We also tried this weapon, checked it, it works brilliantly, — concluded Shoigu.

He also said that Russian specialists are studying Western-made captured weapons in Ukraine to develop countermeasures and identify weaknesses.

Read on RBC Pro Pro Did pharmaceutical companies manage to capitalize on the pandemic Pro articles What not to tell about your children at an interview Pro instructions Five exercises for good posture Pro instructions Why the benefits of veganism are often exaggerated and why it is dangerous Articles Pro How the economic miracle led Japan to « Lost 30th Anniversary” Articles Pro Why selling Netflix is ​​only a matter of time Articles Pro IT brain drain could become a serious problem for Russia Forecasts Pro How brands reach absurdity in the texts about themselves InstructionsAs an example, Shoigu called the M777 howitzers “very capricious,” adding that they are “hard to repair.” “The same goes for the Javelin. Well, they are not as good as, in general, those who sell them would like. We have learned to fight them, we know them, we understand them, we see them,— said the minister.

For the first time, Russian troops used the “Dagger” in Ukraine on March 18 during an operation in Delyatyn, Ivano-Frankivsk region.

Later, the official representative of the Russian Ministry of Defense, Major General Igor Konashenkov, said that the Russian military would continue to use Kinzhal air-to-air missile systems. with hypersonic aeroballistic missiles during a special operation in Ukraine.

“Combat use of the Kinzhal aviation missile system” confirmed its effectiveness in the destruction of highly protected special objects of the enemy,»,— he stressed.

Konashenkov clarified that during the special operation, the military destroyed, with the help of hypersonic weapons, underground protected storage facilities for aviation ammunition and warheads for the Tochka-U missile systems; in the village of Delyatyn and large fuel depots in the village of Konstantinovka.

As the Commander-in-Chief of the Aerospace Forces Sergey Surovikin said in March 2018 about the work of the “Dagger”, the upgraded MiG-31 aircraft, without entering the enemy's air defense coverage area, is capable of deliver one missile to the drop zone, after which the sustainer engine accelerates it to hypersonic speed within a few seconds. The weight of the missile warhead— 500kg. It can also be equipped with a nuclear warhead.