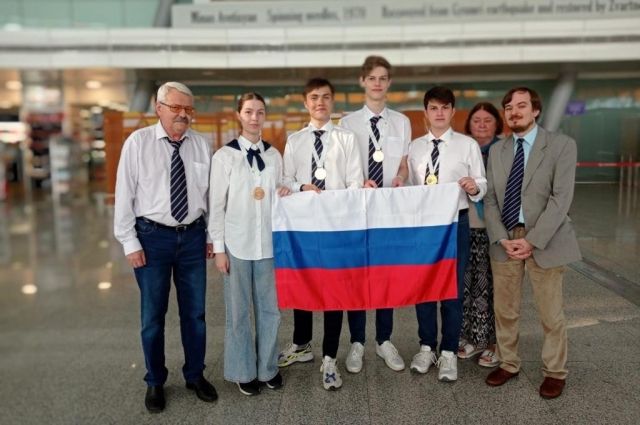 The absolute first place was taken by a student of the School of the Center for Pedagogical Excellence (Moscow) Yakov Korobitsyn.

“It is especially valuable that the guys won a victory in full-time wrestling,” said Sergey Kravtsov, head of the Ministry of Education.

The peculiarity of this Olympiad was that, unlike international olympiads in mathematics and physics, our children were able to take part in it in person. Yerevan hosted the competition. In total, schoolchildren from 65 countries participated in the Olympiad. Star team coaches – Faculty of Biology, Moscow State University Lomonosov: Professor Alexander Rubtsov, Associate Professor Galina Belyakova and Senior Lecturer Evgeny Shilov.

It was previously reported that Russian schoolchildren became winners of the International Olympiad in Physics.