Russia continues its special operation on the territory of Ukraine. On Friday, as announced the day before in Turkey, the next meeting in Istanbul on the “grain issue” will be held – the signing of the final document is expected. Turbine for “Nord Stream” during the transit from Canada “stuck” in Germany, according to the media. The EU introduced the seventh package of sanctions, making a number of easing. The Russian government announced plans to cancel parallel imports by product groups. 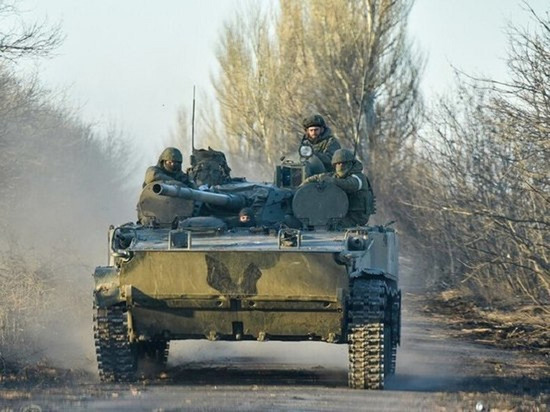 12:53 Peskov denied Russia's unwillingness to take back the Nord Stream turbine: “This is complete nonsense. The company that fixed it knows very well & nbsp; where the turbine is located. This is an absurd statement from the source. According to him, “as of the night before yesterday” Russia has not received any documentation for this turbine.

12:36 Roskomnadzor has unblocked the Tor browser (The Tor Project) and removed it from the register of prohibited information pursuant to the decision of the Saratov Regional Court dated May 19.

12:27 Russian Defense Minister Shoigu arrived in Istanbul to sign an agreement on grain, TASS reports with reference to Turkish television.

12:14The Investigative Committee fulfilled Bastrykin's order and opened a criminal case on “fakes” against the Novosibirsk deputy Helga Pirogova – the reason was her tweet about the Russian military. The day before, the deputy was detained and taken to the police department, an administrative protocol was drawn up on her about “discrediting the Armed Forces of the Russian Federation”; – because of the same tweet. After the arrest, Pirogova announced her pregnancy, and at night she was released from the police.

11:52 The Port of Rotterdam, the largest port in Europe and one of the largest in terms of cargo turnover in the world, announced stopping container traffic to and from Russia.

11:44 The Russian Ministry of Defense says that 4 HIMARS installations and one loading vehicle were destroyed in Ukraine in July.

11:37 Reuters: Energy concern Uniper, Finnish Fortum and the German and Finnish governments have agreed to save Uniper from the financial crisis.

11:21 Google is blocked on the territory of the DPR, Pushilin said: "It has begun far from yesterday. I think that this situation should no longer be tolerated <…> This is what they do in any society with criminals: they are isolated from other people. The day before, it was reported that a search engine was blocked in the LPR.

11:20 Belarus is changing its ambassador in Moscow: instead of 72-year-old Vladimir Semashko, the head of the embassy will be 41-year-old Dmitry Krutoy, who previously worked as deputy head of Lukashenka's administration and “at one time was directly involved in the development of allied programs to deepen integration,” Belta reports.

11:10 The annual NATO Breeze military exercise is taking place in the Black Sea off the coast of Bulgaria. According to Bulgarian media, 11 countries of the alliance are taking part in the maneuvers, 24 ships (ships and boats), five aircraft, four helicopters and 1390 military personnel are involved.

11:07 Lavrov: Moscow's accusations that it “exports hunger” are absolutely groundless, Russia will continue to fulfill its obligations under international contracts for the supply of food, fertilizers and energy in good faith.

11:04 Transnistrian Foreign Minister Vitaly Ignatiev said that the region intends to join Russia in the future.

10:41 The Pension Fund of Russia has officially started working in the Russian-controlled settlements of the Kharkiv region.

10:10 In Russia, five more states have been added to the list of unfriendly countries. It includes Greece , Denmark, Slovenia, Slovakia and Croatia.

10:00 Turkish journalist Levent Yılmaz, in his article published in YeniSafak, allowed Turkey to resell Russian gas to Europe under an embargo.

09:40 The Ministry of Defense of Japan presented the annual report “White Paper of Defense”. It notes that Tokyo is concerned about the growing number of Russian weapons in the Far East.

09:10 Rosaviatsia again extended the restriction of flights to 11 airports in southern and central Russia, for this times until July 30.

09:00 Poland has decided to place new garrisons near the border with Belarus. It is assumed that 106 garrisons will operate throughout Poland, including two new ones – Biala Podlaska and Katowice.