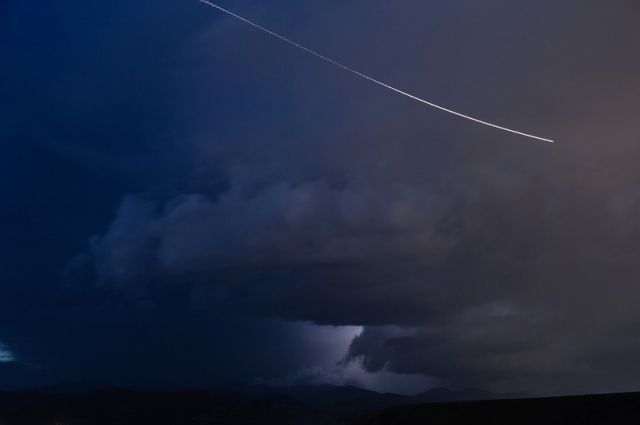 A spectacular fall of a luminous space object, which looks like a meteorite, was noticed in several Russian regions overnight. RIA Novosti writes about this.

According to the head of the Perm Astroclub Sergei Polishchuk, this meteorite is about one meter in size, slightly inferior in brightness to the Moon, in the sky it was no more than two seconds.
& nbsp;
“ A very bright ball, it was quite high in the atmosphere. The luster of the fireball was slightly weaker than the Moon: about -9 or -10 m, while the Moon was 12 m '', & ndash; noted the specialist.

It is noted that when observing, there was a feeling that the meteorite was falling directly to the ground. The celestial phenomenon could be observed yesterday by residents of & nbsp; the territories of the Volga and Ural federal districts.
& nbsp;
“ Apparently, it was a small meteoroid that fell into the Earth's atmosphere and became a meteorite. Its approximate size could be about one meter “,” said the expert. & nbsp;

Meanwhile, the potentially dangerous asteroid 2016 JG12 is moving towards Earth.