Poles have been active in the fighting for a long time

The special status of Polish citizens in Ukraine, which Zelensky secured, will allow Warsaw to officially send troops to western Ukraine, making this territory a protectorate of Poland. This was stated by an expert, ex-diplomat Rostislav Ishchenko. He expressed the opinion that Zelensky's decision would allow him to transfer from the western parts of the country to the east a 30,000-strong group of the Armed Forces of Ukraine and a contingent of territorial defense units of approximately the same size. 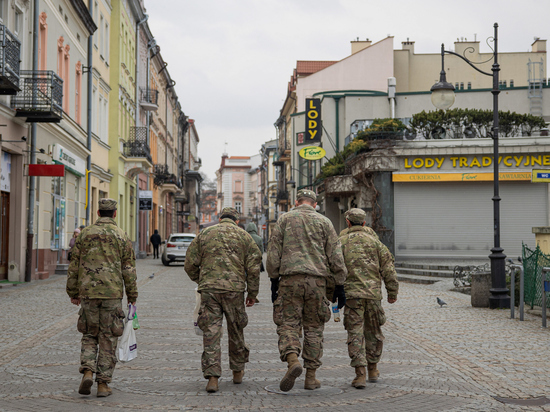 Does this mean that Poland is now officially a party to the conflict? military expert, captain 1st rank in the reserve Vladimir Gundarov gave a comment on this topic to MK.

“Zelensky’s decision gives the Poles a legal basis for participating in the struggle for western Ukraine,” the expert said. – Although, in fact, even without this decision, the Poles have long been taking an active part in the hostilities in Ukraine. Now this fact will simply be supported legally.

Back in May, in Warsaw, in the former palace of the Grand Duke, Tsarevich Konstantin, the Russian governor in Poland during the reign of Alexander I, an interesting event took place.

On the Day of the Flag of the Republic of Poland, President Duda presented state awards to activists of the Polish diaspora, acts of granting Polish citizenship and – attention! – state flags to representatives of the Organization of the Polish National Minority in the East. During the distribution of these flags, Duda noted that there has never been such a ceremony where he would distribute flags that will go to the war zone. He also thanked all those awarded for the “wonderful and extraordinary” activities they carry out, often risking their lives in areas of Ukraine where there are battles with the enemy.

In fact, even then he recognized and approved the participation of the Poles in the hostilities in eastern Ukraine on the side of the Armed Forces of Ukraine.

I have no doubt that the Polish volunteers are eager to defend the historical outskirts of the Commonwealth, which remained in Ukraine. At the same time, the more victories our united forces in the east have, the more actively the determination of the Poles to regain the western regions of Ukraine, the former Polish kresy, will grow.

But they are mistaken just as the Bandera people were mistaken in their time. When the turning point came in the Great Patriotic War of 1941-1945, for some reason the Bandera people began to hope for the creation of an independent republic in the territories conquered from the USSR and Poland. It was after 1943 that the biggest massacre began, when Ukrainian militants massacred entire villages with Poles, Russians, and Belarusians. Now the Poles are dreaming, hoping that the more they will be in Ukraine, the more land they will get. Naive! They are wrong, like Bandera. Everything is decided by Russian battalions.