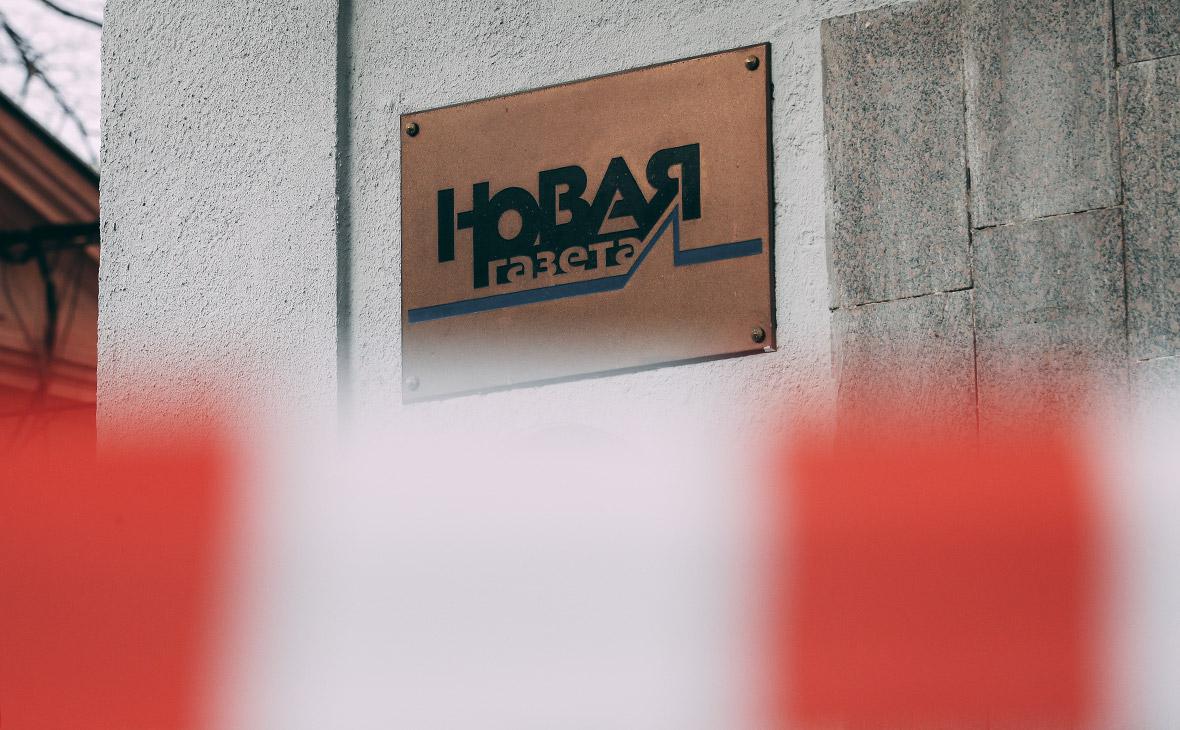 The Simonovsky Court of Moscow fined Novaya Gazeta for 350 thousand rubles. under the article on the dissemination of false information. This was reported to RBC in the press service of the court.

According to the court order, ANO “Editorial and Publishing House” Novaya Gazeta ” found guilty of committing an administrative offense for hours. 9 Article. 13.15 KRFoAP “Abuse of freedom of the mass media”. An article on the dissemination of deliberately unreliable socially significant information in the media under the guise of reliable messages provides for a fine for legal entities in the amount of 200,000 to 500,000 rubles.

RBC asked the editors of Novaya Gazeta for a comment.

From the end of February, Novaya Gazeta received six notifications from the Prosecutor General's Office and Roskomnadzor demanding to remove materials with “inaccurate publicly significant information.” In March, after the adoption of a law criminalizing the dissemination of fakes about the actions of the Russian Armed Forces, the newspaper removed materials related to the conflict in Ukraine and stopped covering it.

Later, having received two warnings from Roskomnadzor due to the lack of labeling of foreign agents in the material, Novaya Gazeta suspended the release of paper and online versions until the end of the special operation.

Employees of Novaya Gazeta, who left Russia, created the publication Novaya Gazeta. Europe". In April, Roskomnadzor restricted access to his website. The journalists who remained in Moscow began to publish the New Story-Newspaper. A week after the launch, Roskomnadzor blocked access to her website on the basis of Art. 15.3 of the Law “On Information”, according to which resources are blocked on which unreliable socially significant information is published. The publication itself called “discredit” the reason for the blocking.

Read on RBC Pro Pro Mortgage rates have fallen. Is it worth investing in real estate developers' shares? How the industry is changing Forecasts Pro “I left the boss humiliated”: how to deal with toxicity at work Pro articles What the Swiss tax system offers to Russian businessmen: an overview for a participant in a transaction for the sale of a business Articles Pro Who manages the cryptocurrency and what does the DAO have to do with it ArticlesIn early July, Novaya Gazeta fined 300 thousand rubles. for the dissemination in the media of “knowingly unreliable socially significant information under the guise of reliable messages”, which created a threat of harm to the life or health of citizens or a mass violation of public order.

Then the court did not specify what was the reason for drawing up an administrative protocol .

At the end of last month, Roskomnadzor filed a lawsuit demanding that Novaya Gazeta's registration certificate be invalidated. The department explained this by the fact that the publication did not provide the editorial charter within the time limits established by the media law. This requirement was put forward by Roskomnadzor after the publication received two warnings for mentioning foreign agents.