The United States is concerned about the degradation of basic military training, trapped in gender equality. This opinion is given in the American edition of Strategy Page: the armed forces have changed their face – “it has become too kind and feminine.” An expert commented on this issue of the US Army for MK. 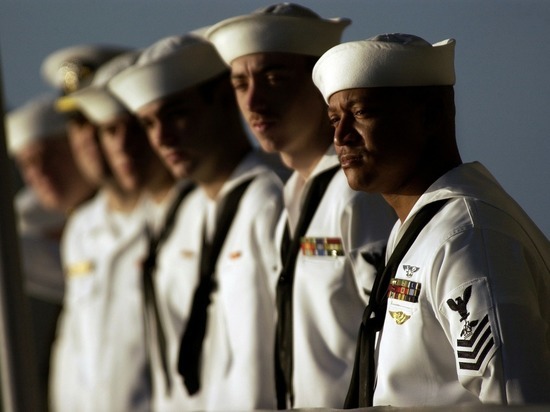 According to him, it is not only about equality between men and women, but also between men in the usual sense of the word and men who position themselves as women. This “multi-sex” approach completely negates the demands of physiology. You need to understand that the physiology of a man with an altered vision of his gender is different from the usual male physiology, the psychologist explains. Moreover, it will differ artificially. This is due to those psychosomatic attitudes that this “man” in quotes makes himself, because he identifies himself not as a man, but as a woman, or even in general, as it is not clear what.

– And this is generally the worst option for the brain, – said the psychologist. – These factors entail various mental disorders, and the psyche is directly related to somatic factors, they cannot be separated. The psyche affects such seemingly ordinary things that we do not always think about: the ability to breathe, run, jump, make decisions. This is a big problem in America's armed forces now. They think: “after all, he is a man” or “a woman should be like a man.” But a woman can never be like a man. Nature made us different. And it is impossible to demand indicators of the male military component from a woman and such conventional men.

This is due to the fact that the guardians of gender equality consider military personnel to be people who simply come to work and carry out certain contractual tasks that they have … But military service does not imply such an approach. Loads, stress and difficulties can arise unexpectedly, at any time.

It seems that in the States they simply forgot that the human body has a physiology, and it dictates its own requirements. Look, for example, a man calls himself a woman, and his brain begins to rebuild the body to work of the opposite sex, or is simply lost. And then there is an imbalance at the physiological level. What requirements can there be when performing combat missions?

– Of course. One more point. In the unit, an increased load falls on them. The unit solves the general problem. Moreover, they see such a pseudo-man and understand that he seems to be a man, but not a man. Cognitive dissonance occurs because the content does not match the form. And the military service has its own algorithm. In combat conditions, you need to be confident in the person who is next to you. And how to control a person, if, in general, it is not clear who he is and what to expect from him? Either he will help you, or, on the contrary, he will have to be pulled out if something happens. Morally it's very hard.

It turns out that an ordinary fighter has no one to rely on when completing a task, and this is very exhausting. When young people come to the army, and the old-timers get together with these young people, the same dissonance arises. Experienced military men understand that it is impossible to rely on young people, because they still do not know how to do anything.

In Chechnya, at first, such situations existed during the hostilities. The greens were thrown into the front line. They naturally perished there, and professionals perished along with them, because they had to save these boys. Then, fortunately, they stopped sending the youngsters. But, in the case of young soldiers, at least it is clear that they will learn.

In extreme conditions, a person is as close as possible to natural factors that are multiplied by his consciousness and will. And here it is not at all clear what kind of consciousness there is, and the volitional factor in general, most likely, is not. You cannot hope and rely on them, because it is not known what they will “throw out”, reflection is broken. Everyone knows that a woman and a man have different reactions to stimuli, especially when it comes to danger. For example, if a woman feels threatened, she pulls her knees to her stomach and covers her chest with her elbows. And in men, the opposite reaction factor. He straightens his legs and tries to act with them, and puts his arms forward. It is the physiological responses of gender that determine our survival system. Imagine the confusion that arises.

– This is a completely different situation. Although I meet girls who almost immediately rush into battle. This is complete stupidity on their part. They can shoot perfectly, have high performance in hand-to-hand combat, in the tactical system, but this is only in training situations. As soon as they get into real combat conditions, their physiology begins to work in the “return”. There is, of course, another option, but it carries a tragic factor, because then the girl will gradually turn into a boy.

In the Russian army, they try to take girls to positions where it is not necessary to show male performance, but how just the opposite. Mindfulness multiplied by patience, the factor of emotional sensitivity – these are the strengths of a woman's nature that are used, for example, when working as radar operators, in communication, when it is necessary to listen for a long time and patiently.

Naturally, in military medicine, but not in the fields, but in medical battalions and hospitals. The option of using female military personnel as operators of unmanned aerial vehicles is currently being considered. This is of course an emotionally difficult option, but women are suitable in terms of their qualities.