Dmitry Medvedev: Security guarantees for Ukraine could only be given by an agreement with Russia Ukraine has abandoned the agreement with Russia, it will not be accepted into NATO, and the US will not offer the country security guarantees either, Medvedev believes. In his opinion, the authorities in Kyiv understand that there can be no guarantees for them. ” media=”(max-width: 320px) and (-webkit-min-device-pixel-ratio: 2), (max-width: 320px) and (min-resolution: 192dpi)” > 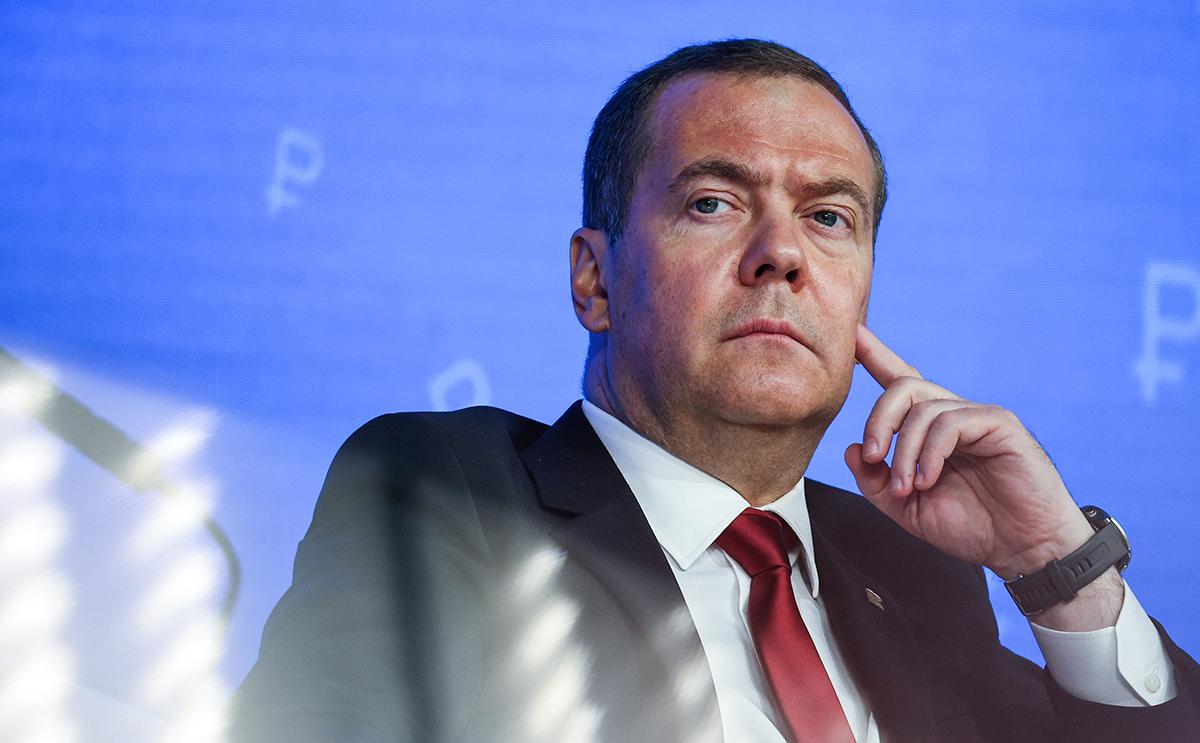 “Insignificant” Neighbors cannot give security guarantees to Ukraine, only an agreement with Russia could provide them, Security Council Deputy Chairman Dmitry Medvedev said in a Telegram channel.

“Only an agreement with Russia could give security guarantees. But the Ukrainian government, stimulated by Western money and missiles, refused it, — wrote Medvedev.

According to him, Ukraine will not be accepted into NATO. “Although there are Russophobes in the alliance, they are not suicidal. And this is a direct result of a special military operation. So with guarantees it’s very sour, & mdash; Medvedev pointed out.

“Joseph Robinette Biden & sons. This will be over soon. After all, Americans are inveterate egoists and work only for themselves. Therefore, the new team will not hesitate to merge the corruption Ukrainian theme into the toilet of history along with its defendants, — Medvedev said.

On the eve of the head of the Office of the President of Ukraine Andriy Yermak said that the document on international security guarantees for Ukraine may appear on August 29-30. He said this after a meeting with advisers to the heads of Estonia, Latvia, Lithuania, Poland, Romania and Hungary.

Read on RBC Pro Pro Placebo effect: is it possible to cure all diseases with the power of thought to transfer documents, it is better to involve a notary, not a courier prone to vandalism”: experts on the rebranding of Wildberries Articles

Ukraine demands international security guarantees in exchange for declaring a neutral status and refusing to aspire to NATO. In March, after the start of the Russian military operation, Ukrainian President Volodymyr Zelensky said he had “cooled” to the issue of membership in the alliance and advised to recognize that Ukraine cannot enter it.

The Ukrainian authorities believe that permanent members of the UN Security Council, as well as Turkey, Germany, Israel, Poland. Russian Foreign Minister Sergey Lavrov pointed out that guarantees should also be for Russia and other European countries.

Since the end of February, Ukrainian and Russian delegations have been negotiating a peace agreement and security guarantees for Kyiv. At the last face-to-face meeting, which took place in Istanbul at the end of March, representatives of Kyiv handed over the draft agreement to the Russian side, but later moved away from it, the negotiations slowed down, and then completely stopped. The parties officially announced their suspension in mid-May.