The Minister called the behavior of Ukrainian diplomats “unacceptable”

Russian Foreign Minister Sergei Lavrov said that he considers the behavior of some Ukrainian ambassadors unacceptable and boorish. He stated this after negotiations with his Turkish counterpart Mevlut Cavusoglu. 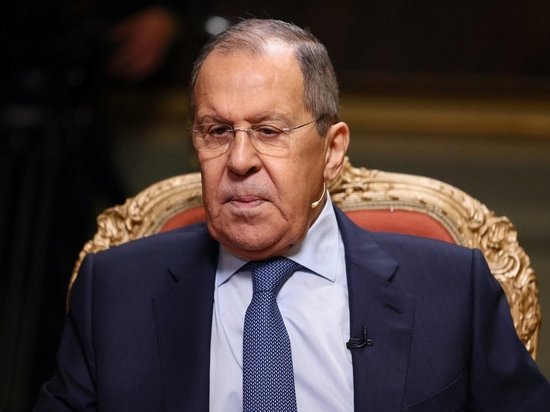 “Me too sometimes I am reproached for not choosing my expressions much, but strong expressions are one thing, and the meaning of what is said is another,” Lavrov said.

The minister added that the meaning of what many Ukrainian ambassadors say is boorish. He also noted that Ukrainian diplomats allow themselves to characterize the heads of state and government in which they work.

“I consider this unacceptable,” Lavrov concluded.

It is possible that the Russian the Minister, among other things, had in mind the Ambassador of Ukraine to Germany Andriy Melnyk. He recently called German Chancellor Olaf Scholz “an offended liverwurst.”

The chancellor received this epithet after refusing to go to Kyiv in solidarity with German President Frank Walter Steinmeier. The latter was going to come to Kyiv, but Ukrainian President Volodymyr Zelensky refused to meet with him because of his “close ties” with Moscow.

Earlier, Russian Ambassador to Serbia Alexander Botsan-Kharchenko said that Lavrov's disrupted visit to Belgrade due to the fact that Scholz was supposed to visit the capital of the republic a few days later.

Last Sunday it became known that the authorities of Bulgaria, Montenegro and North Macedonia closed their airspace for the plane with the head of the Russian Foreign Ministry. As a result, his visit to Belgrade had to be cancelled.