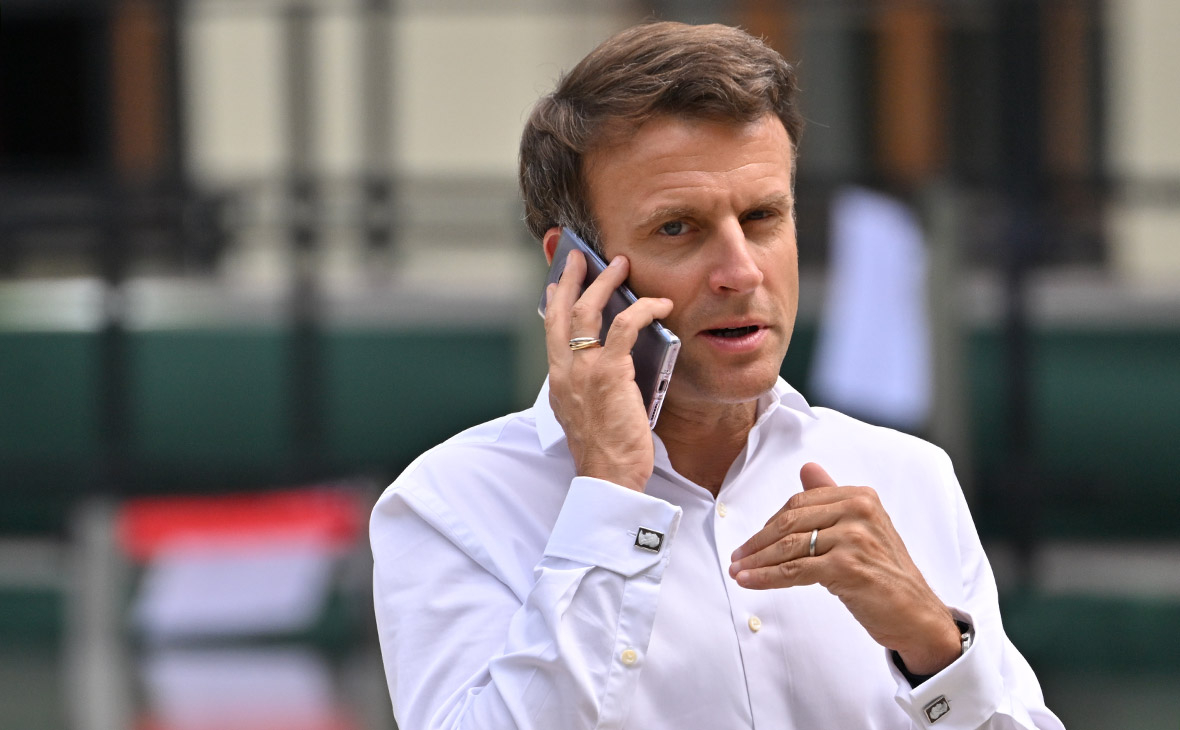 “Diplomatic ethics, of course, does not imply such a one-sided leak of the recording,”— said Lavrov.

At the same time, the minister added that Moscow always negotiates “so that there is no shame.” “We always say what we think, and we are ready to answer for these words and explain our position,” — he declared.

At the same time, Lavrov recalled that the Russian Foreign Ministry also published a record of negotiations with his colleagues from France— Jean-Yves Le Drian and Germany— Heiko Maasompo Normandy Format. “But before we published the content of my negotiations, we warned them three times, and they answered with silence,” — explained the diplomat.

Read on RBC Pro Pro Which bank to put ₽1 million for a year: top 10 deposit rates this summer Articles Pro How to lift sanctions from a person or company. Step by Step Instructions Pro $115 Billion Lobbying: How the Koch Brothers Built Their Oil Empire The Economist Can the eurozone stay united in the face of the crisis – The Economist Pro Articles The US market falls. It's time to “buy the bottom” or it's ahead – expert opinion Predictions Pro Live to 120 years: why the co-founder of PayPal takes growth hormone The picture was called “President, Europe and War”. It tells of Macron's attempts to reduce tensions around Ukraine, including through a conversation with Putin on February 20, four days before the start of Russia's military operation in Ukraine. The transcript of the negotiations was published by Le Temps.

During the conversation, the Russian president accused his Ukrainian counterpart Volodymyr Zelensky of lying to Western leaders about preparing to implement the Minsk agreements. In addition, Putin pointed out to the French president his statement about the right of Kyiv not to comply with the Minsk agreements. Macron denied this information and confirmed his commitment to the opinion that the parties to the conflict must adhere to the agreements.

“Listen, Emmanuelle, I don't understand what your problem is with the separatists. At least they did everything necessary, at our insistence, to start a constructive dialogue with the Ukrainian authorities, — said Putin.

Then the presidents argued about the right of the “separatists” draw up a roadmap on the situation in the Donetsk and Luhansk regions, which, under the Minsk agreements, were to be considered by the Ukrainian authorities.

“I don’t know what lawyer could tell you that in a sovereign state, the texts of laws are separatist groups, and not democratically elected authorities,” — Macron stressed. In response, Putin pointed out that the government of Ukraine came to power as a result of a coup and is not democratic.

At those talks, Macron suggested that Putin hold a meeting of all parties to the Ukrainian conflict. The Russian President promised to study the proposal after talking and consulting with the Ministry of Foreign Affairs and the Ministry of Defense.

The French leader asked the Russian President to “calm down” their troops near the border with Ukraine. Putin promised that the military exercises would end on the evening of February 20, but indicated that the contingent would remain at the border until the situation in Donbass was resolved. At the end of the call, Macron conveyed to Putin the words of US leader Joe Biden that he was ready to meet in Geneva in the next few days.

After the publication, Russian Foreign Ministry spokeswoman Maria Zakharova accused France of violating the secrecy of the negotiations.