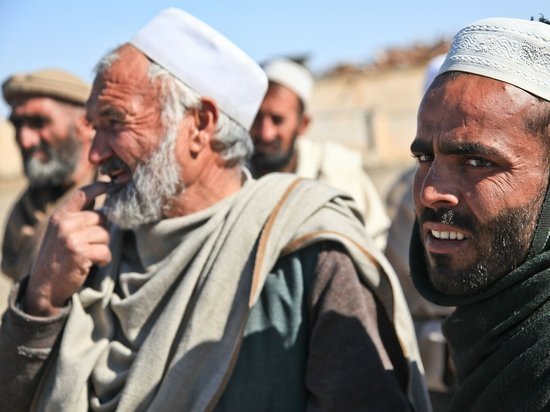 “This is a complete collapse situation”

– There was a pause due to something that happened very quickly. And the opponents of the Taliban were demoralized. Someone fled from the country, someone went to Panjshir, someone hid. A lot of people from the Afghan army, special forces, police live in an illegal situation. They are still being hunted by the Taliban. Many are registered, extorted money from them, someone is killed.

All these last months there was no talk of mass active resistance to the Taliban: the inertia of the shock was in effect. At the same time, the anti-Taliban resistance in the country did not subside for three months: the same Panjshir or Andarabi district in Baghlan province. Now resistance groups operate in about ten Afghan provinces – they are different in size, different in tactics. While they do not represent some kind of crushing force. But we must bear in mind that only three months have passed. And all this time, the inertia of the Taliban success in the capture of Kabul and in the demoralization of the security forces was at work. And the collapse of the law enforcement agencies, and the flight of the leading politicians of the Islamic Republic of Afghanistan abroad, and so on – all this, of course, left an imprint on the nature of the political process.

But of course, there is no need to say that the Taliban have built a stable political system. Because these three months of the Taliban have shown that today this force is not capable of organizing the government of the country, is not capable of solving the problems of a peaceful life, the problems of socio-economic development. In this sense, the situation resembles the calm before the storm: one storm has passed, and the next is just approaching. Now there is an impression of a kind of pause, when, on the one hand, the Taliban are formally the “party of power” in Afghanistan, but in fact they are not. Because power is not only about sitting in the Kabul Arg palace and handing out the posts of governors, corps commanders or chiefs of provincial police departments. The important thing is that after the distribution of these posts, nothing happens.

The management system, which relies on an array of officials, does not work. Therefore, today neither the health care system, nor social security, nor education is functioning. Transport does not work, business is practically paralyzed in the country. Wages are delayed for months, people do not receive any money, they drag out a miserable existence, the level of poverty has exceeded 50 percent – that is, more than half of the population of Afghanistan live below the poverty line. And if the situation does not change, then by spring it is predicted that up to 90 percent of Afghans may find themselves in such a situation.

This is a situation of complete collapse – social, economic, humanitarian. And in this sense, the Taliban are now holding on to the social inertia of the shock from the mid-August disaster. And on terror, on intimidation. And of course, on propaganda. That is, they use as tools to ensure their domination the technologies that are familiar to them, which they have used for the last twenty years: propaganda, direct violence, the threat of violence. Now they have added more opportunities associated with the new status of the masters of the country, who have gained control over the management structure, have received all the levers in their hands. But the Taliban did not use these opportunities that fell on them for three months.

Yes, there was an attempt to rebrand, active foreign policy and super active propaganda activities. But if there are no real cases, the PR department will not save!

Things are going badly, so the Taliban are increasingly forced to resort to violence, threats of direct violence. All this – in addition to the systemic crisis in Afghanistan – is compounded by an internal crisis in the Taliban itself. Various factions within the group have grappled with each other, they fight for power and hardly hide this struggle from the public. It is no longer just about political competition, but about an armed struggle against competitors, beating up representatives of rival groups, murders, or organizing terrorist acts under a false flag to eliminate competitors.

An open struggle is going on between the “Haqqani faction” and the “Baradar group” (people who are part of the so-called “political office” of the Taliban); there is a separate group of Mullah Yakub who has its own plans for power. All these internal conflicts, squabbles, the struggle for profitable places, of course, aggravate the situation in the country.

With the onset of winter, the Taliban's honeymoon ends. Winter will be an ordeal not only for all Afghans left to fend for themselves, but for all Taliban. At the end of February, the combat season traditionally begins in Afghanistan, freezing temperatures come and armed activity revives. Today, the winter break is working for the Taliban. Pockets of resistance in Panjshir and Baghlan certainly remain today. But at the same time, the struggle of ISIS (“Islamic State”, IS – a terrorist group banned in the Russian Federation) against the Taliban begins to intensify.

– This ISIS in Afghanistan, apart from the brand with ISIS in the Middle East, has little in common. Afghan IS is a very bizarre structure. There is a brand, a franchise, which is held by a certain group of people. But the fact is that the Islamic State project is not limited to this group alone. A variety of interest groups are beginning to gather under the ISIS flag.

For example, in recent weeks, Taliban militants have begun moving under the banner of the Islamic State. They did not suddenly become supporters of the “global jihad”, as we are used to seeing IS. No, it makes no difference for them, they change one flag to another simply because the new one becomes more “liquid” for them, more interesting economically, financially and practically. Today we can talk about hundreds of Taliban fighters who are joining IS. They have become disillusioned with their commanders, with the central government of the Taliban, primarily because they are not fulfilling their financial obligations. Many militants say that when they fought against the government of Ashraf Ghani, it was more interesting economically, they were paid for it. And now the war is over – and the money is over. Now the game has changed, and the bulk of the Taliban has ceased to be of interest to the political leadership of the Taliban, which has reached power. It should be understood that ordinary Taliban, who eke out a miserable existence locally, begin to engage in robbery, robbery, even murder of security officials in order to sell the killed for organs to neighboring countries.

There is also a stable group of ISIS – “ideological” ISIS members who support the “caliphate”, took the oath to the “caliph”, and keep in touch with the conditional “central office”. They are longtime supporters of the “Islamic State”, they are located in large cities (primarily in Kabul and Jalalabad). In Afghanistan, IS today is predominantly urban. Recently, there is information that ISIS members have begun to appear in previously atypical places for them – for example, in Kandahar or Helmand.

There are also foreign fighters in ISIS – immigrants from Central Asia, the North Caucasus, from the Arab countries, from Kashmir, who are in Afghanistan, who have a problem with their political identity. Increasingly, they start to choose the ISIS flag.

There are simply bandits, criminal groups engaged in purely mafia affairs, kidnapping, blackmail, and murder. Recently, they have also found it beneficial to position themselves as ISIS members.

We must not forget another ISIS group, which is controlled by the Pakistani special services and continues to influence it through the same “Haqqani network”.

Here are several groups of the “Islamic State” in Afghanistan that are different in origin, ethnic structure, and the degree of their independence. Today, IS there is not some kind of monolith, not even a network, but something united only by a brand that each of these groups uses at its own discretion. And in addition, it uses the advertising platform of the central propaganda platform of ISIS, where various statements and appeals are posted.

– The image attempt to turn predators into vegetarians was, but did not work. The political office of the Taliban (the “Doha” or “Qatari” Taliban group) was more involved in adjusting the image. And the stubborn “front-line soldiers”, “Hakkanists” did not engage in this “nonsense”, they mobilized their combat groups, began the transformation of the Afghan army, power structures – with purely military things.

You can talk as much as you like about women's rights, about the willingness to change and build a civilized state, but when people are killed regularly, the Taliban lawlessness in the territories (from the murders of security officials and officials to the murders and rapes of women), the inability to ensure security in the country, all these endless terrorist attacks in mosques (and not only in Shiite ones).

The Taliban, which promised that as soon as they came to power, they would provide peace and quiet, did not keep their promises. This shows the narrowness of both the political group of the Taliban and the ambiguous behavior of militants from the same “Haqqani network”, because behind many terrorist attacks carried out on behalf of IS, Afghan experts reasonably see the hand of the “Haqqani network” the number of political functionaries or Taliban warlords from other rival groups. This is a kind of 1937 for the Taliban – when it is necessary to get rid of “fiery revolutionaries” or compromise figures (including “useful idiots”), who at one time played a necessary role in coming to power, but now they must be disposed of. Each Taliban faction understands this scrapping in its own way in order to weaken competitors.

In the future, Afghanistan is not only waiting for the likely appearance in the spring or early summer of brighter episodes of anti-Taliban resistance in Panjshir and other provinces, but I think that we will see dramatic pictures of the struggle for power within the Taliban as well. Because the current mobilization, on the one hand, with the help of the “Haqqani network”, and on the other, with the help of the group of Mullah Yakub and the chief of general staff, Qari Fasihuddin, who joined him, shows that different factions of the Taliban are preparing for a big fight. The Haqqani Network relies on the police stations, on the Ministry of Internal Affairs system, which is under its control, and Mullah Yakub's group on the structures of the Ministry of Defense of Afghanistan.

The war between the various Taliban factions, it seems to me, can hardly be avoided … Despite the fact that Pakistani curators are trying to either minimize or prevent this conflict.

Too little time has passed, three months is not a period. The regime looks very fragile, very fragile. He is unable to guarantee internal stability, is very ineffective, unable to solve the urgent tasks of everyday politics.