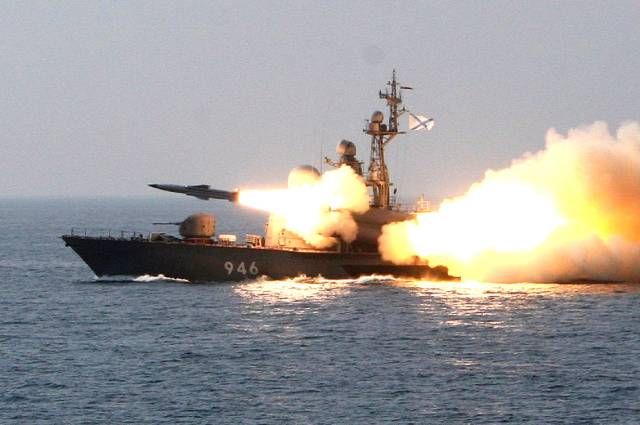 Another hypersonic weapon system is being created in Russia: this is a small-sized hypersonic aircraft missile for tactical aviation. The innovative ammunition is of interest to foreign experts, including those from the United States and China. The development of a new ammunition is carried out by the Tactical Missile Armament Corporation. (KTRV). Now the new ammunition is at the stage of prototyping.

The Chinese portal Baijiahao recalled the development of a new Russian missile, which in its publication stressed that the development of the Russian army in the field of hypersonic weapons worries the United States, which is lagging behind in this area.

The rocket is being created & nbsp; within the framework of development work (ROC) “ Larva-MD '' … The new missile is designed to equip the first Russian fifth-generation Su-57 fighters. This & nbsp; there will be a small rocket that will fit into the internal bays of the new Russian fighter jet. Presumably, it will fly at a speed of five or more times faster than sound and will become a difficult target for modern air and missile defense systems. It will be a short-range ammunition with a range of several hundred kilometers, while others fly for 1000 kilometers or more. The main targets for the missile will be sea targets of a potential enemy. In the future, the ammunition will replace one of the most widespread Kh-31 anti-ship missiles in the arsenal of the Russian Aerospace Forces.

The lead developer of the new rocket & nbsp; is JSC Tactical Missile Armament Corporation (KTRV). The second stage of the R&D project started in 2019, now the rocket is at the stage of ground testing and flights with mass and size mock-ups. Work on the key component & mdash; active homing head & mdash; is carried out in the Ural design bureau “ Detail ''.

The rocket uses the so-called Item 70 as its engine. It is being developed by the Soyuz machine-building design bureau, which specializes in power plants for super-high-speed missiles. This is a ramjet engine (ramjet). It is already used as a power plant in many Russian hypersonic weapon systems. Currently 'item 70' is undergoing fire tests. This element is already used as a power plant for a number of Russian hypersonic weapons, including the promising Gremlin hypersonic missile.

The only type of hypersonic aircraft missiles currently in service with the Russian Aerospace Forces is & mdash; this is the Dagger. Rocket & nbsp; can fly at ten times the speed of sound, carrying conventional or nuclear warheads. The range of its flight & mdash; about two thousand kilometers. In addition, several more projects of hypersonic missiles are simultaneously being developed in Russia to equip not only heavy missile carriers of long-range aviation, but also lighter aircraft. In 2012, development work began on the creation of another hypersonic missile with a ramjet engine: the new product was named Gremlin. This ammunition is intended for armament of operational-tactical aviation, including Su-34 bombers. Small size and weight should allow hanging several missiles on each plane.

It was also reported about the development of another hypersonic missile for Russian military aviation, work is being carried out as part of the Gremlin R&D project. The characteristics of this missile have not been disclosed, it is known that it is smaller in size than the previously developed hypersonic Dagger. The small size of the new missile will allow it to be used not only from MiG-31 bombers and interceptors, but also from Su-57, Su-35 and Su-30SM fighters. It is assumed that the range of the missile will be up to 1.5 thousand km, and the hypersonic speed will be equal to Mach 6.

Earlier it was reported that, in addition to small hypersonic guided missiles, a much heavier model for long-range aviation is in development, which can reach speeds of up to Mach 12. The novelty, on which work started in 2016, was named “ Sharpness ''. As a power plant, this rocket uses a more powerful ramjet engine known under the designation Product 71.

In addition to aircraft carriers, hypersonic ammunition in Russia is being developed for the Navy and Strategic Missile Forces. So, the promising hypersonic rocket “ Zircon '' create for the fleet.

In response to the development of Russia, the United States initiated about a dozen new projects for the creation of such air, sea and land-based missiles. This year, at the end of September, the Pentagon announced the first successful test of its own aviation hypersonic missile, capable of reaching Mach 5. The prototype was developed by the advanced research agency DARPA in cooperation with the corporations Raytheon and Northrop Grumman.

In the summer, tests began and the first prototypes of the AGM-183A ARRW combat missile, designed for strategic bombers B-52. In addition to the Air Force, the US Navy and Army also have their own hypersonic missile projects. They are planned to be deployed in the coming years both on naval carriers and on land-based launchers.