“He will soon go to defend our republic”

The fact that retreating Ukrainian armed formations are abandoning their weapons and equipment has long been no secret to anyone. Just look at the exhibition of captured equipment at the Army forum. There are dozens of photos and videos on the web on this topic. Often, on the abandoned Ukrainian positions, I have seen with my own eyes the promoted Javelins, NLAW and other Western “help” lying around among other rubbish. But the “trophied” tank is already more interesting. Therefore, when I heard the story of the deputy commander of the tank battalion in Gorlovka about the recent replenishment, I immediately asked if it was possible to see the trophy with my own eyes. It turned out that it is possible. Just need to go a little deeper into the forest belt…

As often happens in combat conditions, ” a little” is a very relative term. Let's just say, on foot I would have to go and go. But today luck was on our side, and we arrived comfortably by car.

The metal hulk turned out to be camouflaged so that you can almost see it only by burying your nose in it. The military push back the branches so that you can better see the tank. The classic sixty-four – T-64A – with dynamic protection. On the tower there is an emblem with an inscription for some reason in Latin Dei Gratia, which means “God's grace” in translation. As the military explained, this is the emblem of the 30th Mechanized Brigade of the Armed Forces of Ukraine.

This trophy has already become the fourteenth combat vehicle that the Gorlovka tankers got from the enemy since the start of the special military operation.

Some vehicles successfully serve under the banner of the DPR to this day, and some, taking into account the state, fit only as a donor. Which is also not bad at all.

The deputy commander of the 3rd tank battalion for technical affairs with the call sign “Oduvan” said that the enemy combat vehicle was obtained in battle in one of the directions where the unit is now conducting active offensive operations.

According to the serviceman, the information about the location of the Ukrainian tank, the DNR fighters received from their commander, and he, respectively, from intelligence. The elder set a goal to get a valuable trophy.

The evacuation operation, for security reasons, had to be carried out at night.

– When we arrived at the place, the first thing we did was a thorough inspection of the tank, – says the officer. – It was important to understand not only its technical condition, but also to make sure that there were no unwanted surprises left by the APU. 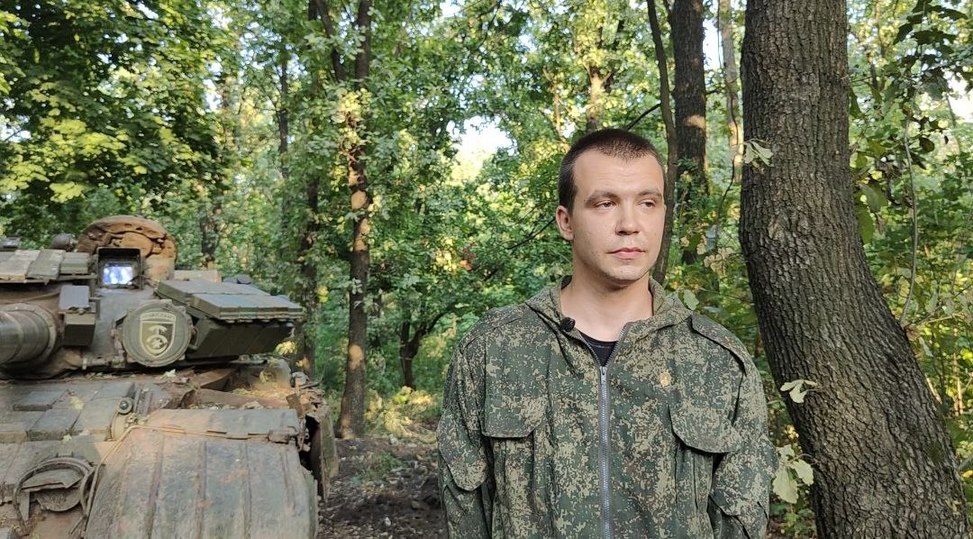 According to Oduvan, when leaving equipment, the Ukrainian military often leave grenades and other explosive devices inside, as well as all kinds of “diom beacons”, which make it easy to track down and aim at the tank.

Luckily, the tank turned out to be “clean” and in pretty good condition. However, despite this, it was still impossible to do without the help of special equipment for evacuation. The military requested a BRM – a combat repair vehicle – and the very next day they moved out to pull out the tank.

The tankers spent two days to pick up the trophy that had fallen into the ditch. The enemy covered the military with continuous fire, trying in every possible way to interfere. On the second day, they nevertheless managed to lift the metal hulk, and already on the third day they “threw” a battery on it, started it up and drove it to a safer place.

– The next day they took the combat vehicle to our location, – pretty summed up “Oduvan”. 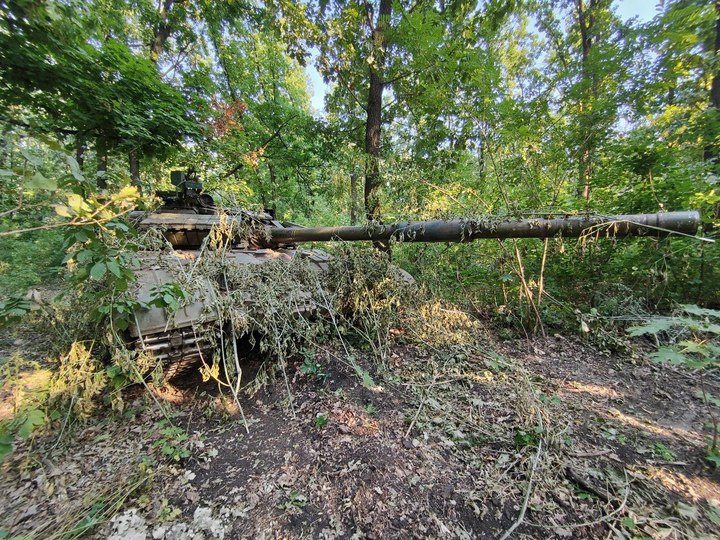 According to the tanker, when they inspected the car, they found that it was loaded with a cumulative projectile. However, for some reason, the gunpowder did not work. The tank failed to fire and the crew didn't have time to fix the problem. Then the Ukrainians decided to move back, but at that moment they made a mistake, and the heavy vehicle fell into its own protective moat. They could not get out on their own, and the crew had no choice but to abandon the tank and flee.

– The driver was forced to leave the car through the “hero hatch” (as the emergency hatch in the bottom of the tank is jokingly called. – “MK”), – says the deputy chief. – There was no access through the top, and I also climbed into the tank through the belly. Inside the tank was ammunition – more than half. And not just ammunition, but with a message.

According to the tanker, almost all the found shells were signed – to whom, from whom, and all this mixed with obscene language.

– All greetings were from representatives of the cities of Western Ukraine, explains Oduvan.

– What will happen ? – the interlocutor is surprised at the question. – It will fly back to its former owners.

The future of the trophy, according to the tanker, has already been determined.

– It will take quite a bit of time to solve minor problems and troubleshoot. After that, the “sixty-four” will go to defend our republic,” the interlocutor sums up.