FSB detained a supporter of “Azov”, who planned terrorist attacks in Kaliningrad The detainee turned out to be a 55-year-old resident of Kaliningrad, who, according to the FSB, planned sabotage at the facilities of the Russian Navy's Baltic Fleet and Khrabrovo Airport. An explosive device and Azov literature were found in his cache 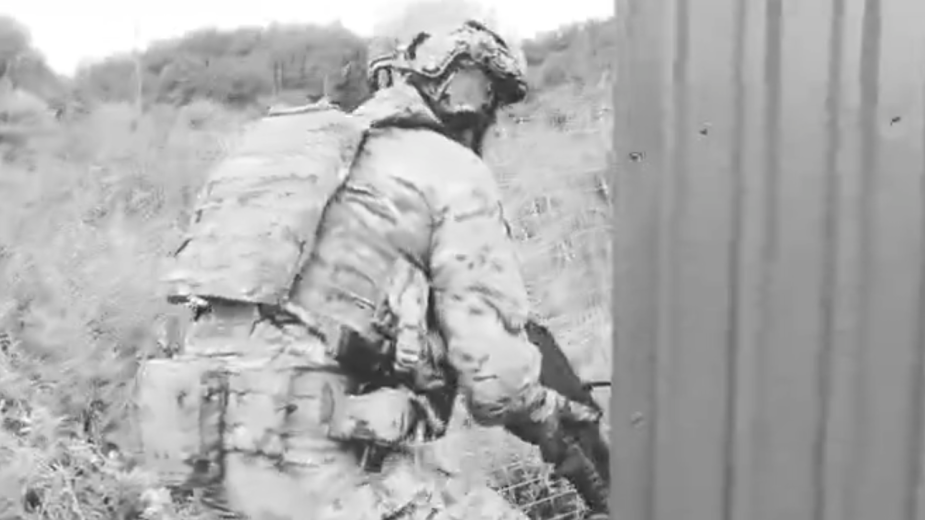 FSB officers detained in Kaliningrad a supporter of the Ukrainian Azov regiment banned in Russia; (recognized as a terrorist organization), who planned terrorist attacks at the Baltic Fleet facilities and at the Khrabrovo airport. This was announced by the Center for Public Relations (CSP) of the FSB, RIA Novosti reports.

“As a result of the activities carried out in Kaliningrad, a local resident, a citizen of the Russian Federation, born in 1967, an adherent of the international terrorist organization Azov, banned in Russia, was identified and detained, who harbored intentions to commit sabotage and terrorist acts against objects of the Baltic Fleet of the Navy Russian Federation and military personnel, as well as Khrabrovo Airport»,— said in the message.

According to the FSB, at the direction of the Azov coordinators in Ukraine, he planned to commit a diversion and escape. It is noted that at the place of residence in an equipped cache, an improvised explosive device with a capacity of about 5 kg in TNT equivalent, correspondence with active participants in Azov, propaganda literature and symbols of a banned organization were found.

“The detainee confessed <…>. A criminal case has been initiated and is being investigated under Part 1 of Art. 30 h. 1 tbsp. 205 (“Preparation for a terrorist act”), Part 1 of Art. 223.1 (“Illegal production of weapons”) of the Criminal Code of Russia, — clarified in the secret service. The maximum punishment under these articles provides for up to 15 years in prison.

Azov Battalion formed in Mariupol in May 2014 from volunteers. In November of the same year, the former head of the Ministry of Internal Affairs of Ukraine Arsen Avakov signed a decree on the transfer of the battalion to the National Guard as a special purpose regiment.

After the start of the special operation in Ukraine, the battalion fighters held the Azovstal plant for two months. in Mariupol, which at that time remained the only place in the city that was not under the control of the Russian military. On May 20, the Ministry of Defense announced the surrender of 2,439 Ukrainian soldiers blocked on the territory of the plant.

Read on RBC Pro Pro How to make friends with colleagues and why you need it at all: four tips Articles Pro Strongest. Business according to Netflix rules Summary Pro “Without gluten, I became faster and more cheerful”: tennis player Novak Djokovic on diet in a bear market. But they can go even higher Articles Pro What difficulties did Russian fintech face in import substitution of software Articles Pro Forward to failure: why Russian companies are being destroyed by the “fuss culture” Articles

The Supreme Court recognized “Azov” as terrorist organization in early August (previously, only the symbols of the battalion were banned). This means that for participation in “Azov” is now criminalized. Organizers may face punishment up to life imprisonment, and ordinary participants— up to 20 years.

The Russian authorities have repeatedly stated that “Azov”— neo-Nazi association. In early May, Foreign Minister Sergey Lavrov, speaking about the goals of the Russian special operation in Ukraine, explained that the battalion’s militants “wear on their clothes, on their bodies the symbol and tattoos of the swastika, of the Nazi Waffen-SS battalions, openly read and propagandize“ Mein Kampf ". According to him, the leading role in the training of neo-Nazi units in Ukraine was played by the United States and Canada, who wanted the Azov militants to «merged into the regular Armed Forces of Ukraine».