“Committee Against Torture”: former judge of the Supreme Court of Chechnya Yangulbaev and his daughter left Russia Chechen security forces detained in Nizhny Novgorod and took to Grozny the wife of the ex-judge of the Supreme Court of Chechnya Saydi Yangulbaev. Kadyrov said that the family was waiting for a place “in prison or underground,” and accused the Yangulbaevs of involvement in terrorism. (the legal entities of the organization were recognized as foreign agents, now she works without registration) Natalya Kurekina.

According to her, the decision was made after the wife of ex-judge Zarema Musaeva was taken out of the Yangulbaevs’ apartment in Nizhny Novgorod, as well as after the statements of the head of Chechnya, Ramzan Kadyrov, who said that the family “is waiting for a place either in prison or underground.”

Information about the departure of Saydi and Aliya Yangulbaev was confirmed to RBC by the judge's son, Abubakar Yangulbaev. He, according to Kurekina, left Russia before the New Year, “after his apartment was searched and he was interrogated.”

Chechen law enforcement officers detained and took Musaeva away on January 20, the Committee Against Torture reported. Saydi Yangulbaev confirmed the information about the disappearance of his wife by contacting the presidential press secretary, Dmitry Peskov, after he called the story of the kidnapping “fantastic” and said that the Kremlin prefers not to believe unconfirmed reports. It was not possible to detain Yangulbaev himself, because he has judicial immunity.

Human rights activists suggested that Musaeva was taken to Grozny, on January 21 this information was confirmed by Kadyrov. The head of Chechnya noted that in Grozny, Musaeva “attacked a police officer and almost deprived him of an eye.” and “by doing so, she has already earned herself an article for a real term of imprisonment.” He stated that members of the Yangulbaev family would no longer be able to “walk freely, enjoying life” as long as “at least one Chechen is alive”, because they offended the honor of the Chechen people. 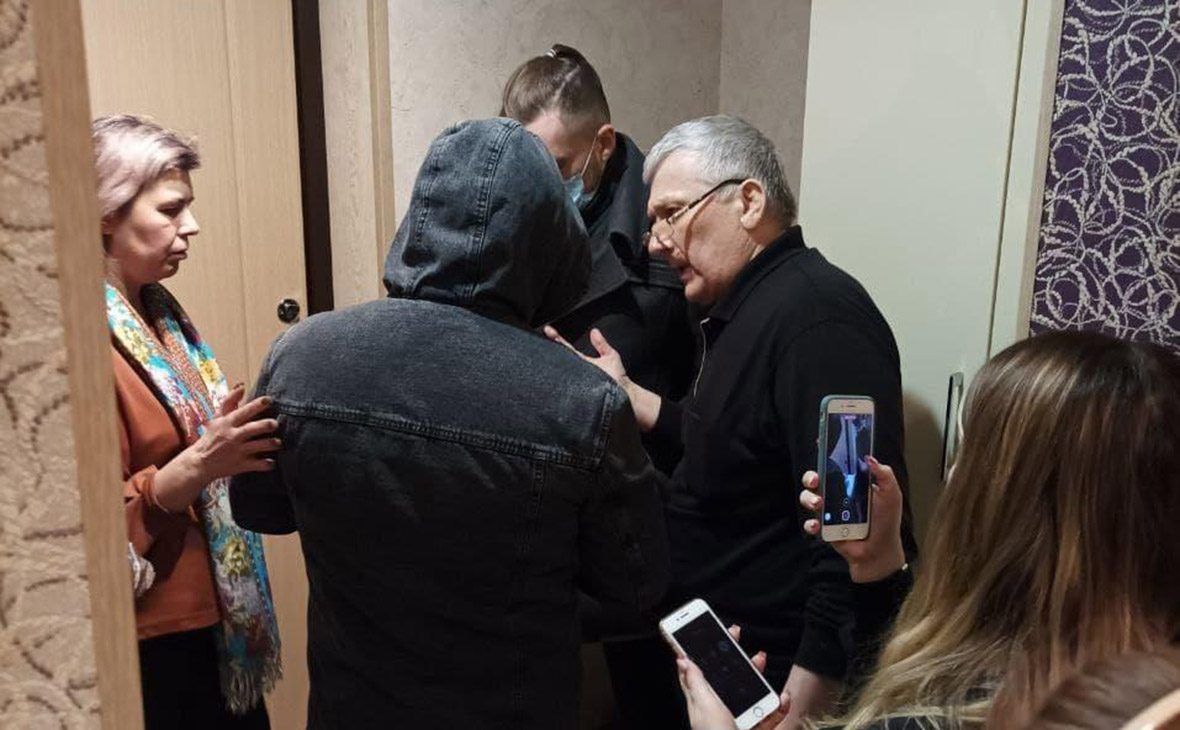 According to Kadyrov, the removal of Musaeva to Chechnya cannot be called, as human rights activists do, a kidnapping, “law enforcement officers carried out lawful and coordinated operational actions.” The Minister of Communications of Chechnya, Akhmed Dudayev, explained that the detainee was a witness in the case of fraud, but ignored several subpoenas demanding to appear before the investigator at the place of residence. He suggested that the attention of the press to the case of Musayeva's arrest is connected with the nationality of the police officers who detained her.

ChGTRK «Grozny» published a video in which Musaeva, in a conversation with the Commissioner for Human Rights in Chechnya, Mansur Soltaev, says that she was given the necessary medicines for diabetes and that violence was not used against her. The Commissioner for Human Rights in Russia, Tatyana Moskalkova, asked Chechnya's prosecutor Sharpuddi Abdul-Kadyrov to check the situation with Musaeva's detention and clarify whether the Chechen Ministry of Internal Affairs had been able to operate on the territory of Nizhny Novgorod and received Musaev's summons for interrogation.

On January 22, Kadyrov claimed that the Yangulbaevs, according to “leaked correspondence by third parties,” were involved in organizing an attack on a former Chechen security official in Turkey. From the same files, according to him, it follows that the family supported terrorist groups, so they need to be detained, and in case of resistance— “destroy as accomplices of terrorists.”

Saydi Yangulbaev— father of human rights activist Ibragim Yangulbaev, whom the Chechen authorities suspect of administering the Adat Telegram channel. In December last year, he was recognized as an extremist in the republic. Ibragim Yangulbaev spent about a year and a half in a pre-trial detention center on a case of extremism, complained to the ECHR about beatings and torture in the Grozny police.

In response to Kadyrov's statement, Abubakar Yangulbaev told RBC that his accusations were based on unsubstantiated words . “About beating an employee. Judging by the information posted by the Telegram channels, he was caught by Chechens who emigrated to Turkey and committed lynching for his actions as an employee. I don’t support violence here, and in a narrow family circle I expressed my negative attitude towards such actions, — he said, urging Kadyrov not to divert the attention of society and “not to keep his mother hostage.”

“The Committee Against Torture” filed an urgent complaint with the ECtHR in connection with Musayeva's detention.

The European Union called for the release of Zarema Musayeva and “putting an end to the persecution of human rights defenders and their families.”