For Latinos ineligible to vote, US census offers a path to political power

The instability wrought by the pandemic could lead to census counts of historically undercounted Latino communities. Organizers are racing to get people to fill it out before the Sept. 30 deadline.

Signs advertising the 2020 US Census cover a closed and boarded up business amid the coronavirus outbreak in Seattle, Washington, March 23, 2020.

This story is part of “Every 30 Seconds,” a collaborative public media reporting project tracing the young Latino electorate leading up to the 2020 presidential election and beyond.

By her first day of college last week, Marlene Herrera had moved several times since the coronavirus pandemic hit.

First, her mother, three aunts and cousins all moved into one house to save money. Now, Herrera, who is 18, splits her time between that house, her father’s house and another house with an aunt. She’s helping take care of three younger cousins while also taking classes on Zoom.

Amid the shuffle, Herrera didn’t know whether she’d been counted in this year’s census. Her mother said she had been — as one of 13 people in her aunt’s household. Though Herrera will vote in her first presidential election this November, not all of her family members will be eligible to do so, given their varying immigration statuses. But being counted in the census ensures they’ll play a small part in the US political process.

Herrera’s housing situation is typical for US families whose finances have fluctuated during the pandemic. Like hundreds of thousands of workers across the country, her mother was briefly laid off and faced delays before her unemployment insurance kicked in. Those income gaps have led families to double and triple up to keep a roof over their heads. 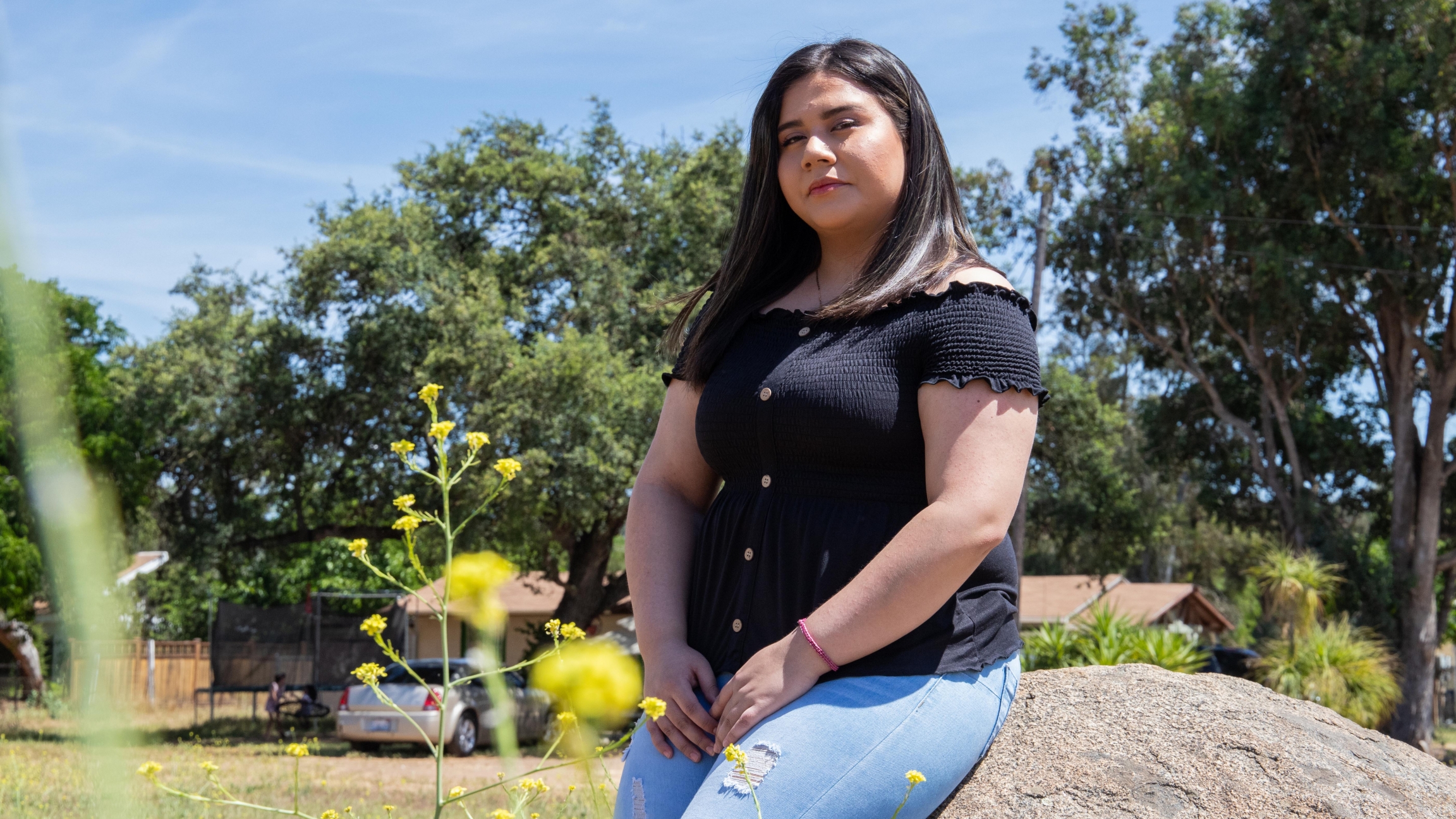 Marlene Herrera, 18, will vote in her first presidential election this November.

The instability is one reason census organizers are worried about a possible undercount among Latino communities. A Brookings survey from late July found that 29% of Latino families have had someone in their household lose their job during COVID-19, and that 49% of Latino renters are having trouble paying their rent. Latinos, especially young Latinos, have already been undercounted in previous censuses. Past undercounts have led to less federal funding for predominantly Latino neighborhoods and less representation in Congress.

Another worry for Latino advocates and census workers is that they’re running out of time to find and count everyone.

Related: ‘COVID-19 is in charge of the census,’ says former US Census Bureau director

After initially extending the census deadline to the end of October, the Trump administration announced last month that in-person counting efforts would end Sept. 30. The Census Bureau said it will end door-knocking operations in the San Diego area and other parts of the country on Sept. 18.

Some Latino organizers say getting Latinos counted in the census can bring about even more change than casting a single vote. While elections take place once or twice a year, getting counted in the census means one person’s existence will be used again and again to provide funding to their community for the next decade. The census counts people regardless of their immigration status.

The CARES Act, the pandemic relief funding bill Congress passed in March — was allocated in part based on the 2010 census.

Paola Aracely Ilescas, a community health specialist, organizes agricultural workers from Mexico and Central America who work in avocado fields in northeast San Diego County. Most of them can’t vote because they are not US citizens: They’re either legal permanent residents, undocumented or work on temporary visas. Their children, many of whom are US citizens, are still too young to vote.

So for the workers to participate politically, Ilescas wants them to get counted in the census.

“We tell them, ‘You count yourself this year, you’re making sure you count for the next ten years’.”

But Aracely Ilescas says it’s hard to get a community that’s been relentlessly targeted by immigration enforcement to answer questions from government workers who are now knocking on doors tracking down people who haven’t yet answered the census.

“Many of them have said other people have expressed distrust,” she said. “Are they really employees or are they faking to be employees in order to get them? Because for years we’ve been saying, ‘Don’t open the door to ICE officials. This is your right.’ Now we’re saying, ‘Open the door!’”

That transition, she explains, requires trust between organizers pushing for an accurate census count and local communities. But in California, where 27% of the population is immigrants, other issues — such as wildfires and the pandemic — are taking priority.

On a recent sweltering day in San Marcos, an inland city in southern California, wildfires threatened rural communities. Arcela Nunez-Alvarez, a community organizer, had planned to lead volunteers to pass out census literature. Instead, they helped with relief efforts when the fires reached area farmworkers.

“We work with a lot of adults, many have very limited formal education. They’ve had to work their entire lives, but care about their community,” Nunez-Alvarez said, standing outside of a low-income housing development beside a box of signs reminding people to fill out the census. She grew up in the area and understands the importance of messaging: it needs to come from someone they trust.

While many community members can’t vote, she says, that doesn’t mean they don’t play a role in getting resources to their areas.

“We think that being counted in the 2020 census is a foundational part of participating in democracy, and that’s what we’ve been sharing with families.”

“These are communities that have been politically disengaged or disenfranchised and undercounted in the census,” she said. “We think that being counted in the 2020 census is a foundational part of participating in democracy, and that’s what we’ve been sharing with families. We’re talking about millions of people nationally that risk being left out of the census.”

The efforts by groups like hers have been paying off. As it stands, the cities of Vista and San Marcos are ahead of their final self-response rate from 2010 by 5%. That means government census takers have less ground to cover.

But concerted efforts by organizers with deep connections to the community aren’t always so successful. In City Heights, a dense, immigrant-heavy neighborhood of San Diego, the census response rate is still lagging behind that of 2010.

An undercount would narrow the political power of Latinos in their own communities, says Rosa Olascoaga, a 24-year-old community organizer in City Heights, California.

“If our undocumented communities or our immigrant communities are scared to get counted, then we lose thousands and thousands of dollars every time we get counted, because the government doesn’t see us living here,” she said. “And that leaves us fighting for crumbs when we know we deserve more.”

She works for Mid-City Community Action Network and focuses on the transportation needs of local immigrants. In a car-centric city like San Diego, the census is one of the few ways to get funding for buses, trolleys and safer streets.

Ultimately, she knows the census — and this year’s election — must take a backseat to people’s immediate needs during the pandemic. Disillusionment with the government among Latino communities is high. And organizers like her can’t go door-to-door allaying people’s fears the way they did before the pandemic. Olascoaga hears those sentiments but hopes the community still prioritizes voting.

“I understand the government already made you feel that it doesn’t matter. These systems don’t work,” she added, wishing that impactful, in-person activism were still possible in 2020. “It hurts that we can’t have those face-to-face interactions.”

Time is running out for Latino communities — encompassing people who are undocumented, immigrants and US citizens — that have just a few weeks to make themselves count.

And a decade to live with the results.