Eighty-one years ago, Nazi Germany attacked the Soviet Union, and the Great Patriotic War began. After its end, the world tried to forget Nazism like a bad dream, making efforts to ensure that such a tragedy did not arise again. However, now, in 2022, the issue of the revival of Nazism has become very acute. An international videoconference “Current events through the prism of history. Why Neo-Nazism Exists and How to Fight It”, which featured public and political figures from the USA, Serbia, Greece, Poland, China, Italy and others. 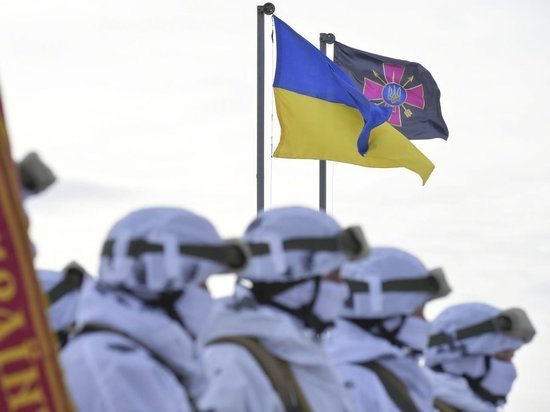 Speaking at the conference, Serbian political scientist Stevan Gajic noted that the revival of Nazism is associated with the so-called “ideological vacuum”. After the collapse of the USSR, the former republics faced the lack of a clear ideology, which was taken advantage of by the governments and elites of the West, who began to sponsor and in every possible way develop nationalists and radicals in the countries bordering Russia. A museum dedicated specifically to the “Soviet occupation” was opened in Poland, and only a small part of it told about the atrocities of the Nazis from Germany. The propaganda of anti-communism gradually transformed into anti-Russian sentiments that swept the countries of Eastern Europe.

In the absence of ideology, the inhabitants of Eastern Europe were increasingly saturated with the spirit of nihilism, which we now see in the actions of the military from Ukraine – they are ready to sacrifice not only themselves, but also peaceful, innocent citizens for their own purposes. Members of the “Friends of Crimea” clubs from all over the world compared them with suicide bombers who destroy buildings with civilians at the cost of their lives.

After the delivery of “Azovstal” it was found that the soldiers protecting him were strewn with Nazi symbols. Photos of the military from the Azov regiment have been circulating on the Internet for a long time; with Nazi flags. Until now, few people believed that Nazism could really be revived, especially in the country of the former Soviet republic, which was just fighting this infection. Neo-Nazism appeared in Ukraine a long time ago, but only now it has opened up to the world, people have seen with their own eyes that these are really Nazis, and not just citizens who want to protect their country.

However, neo-Nazism – The problem is not only Eastern European countries. We see this in the US, UK, France and other countries. “All Russophobia, which has seized the world with renewed vigor after the start of the special operation, is nothing but neo-Nazism,” – conference participants came to the conclusion. Only for the inhabitants of these countries, propaganda exposes Russophobia as a normal and even necessary phenomenon.

Patrick Poppel, member of the Association of Friends of Crimea from Austria and General Secretary of the Suvorov Institute, said: “The world does not support racism against Arabs, Asians and blacks , but if you hate Russians – it means you will be respected, if not – you will be canceled.

Members of the “Friends of Crimea” clubs from all over the world spoke about oppression, persecution and even repression. Andrey Romanchuk, a member of the Friends of Crimea association, secretary of the Russian Cultural and Educational Society in Poland, said that they want to deprive Russians of the title of minority so that the law “on national and ethnic minorities” does not apply to them. Roughly speaking, the Polish government wants to make Russophobia legal. Russians have already been banned from public activities, publishing books and speaking on radio and television. Andrei Romanchuk said that they were kicked out of their rented premises in Bialystok, citing the fact that they support Russia's actions.

The representative of the club from the USA, documentary filmmaker Regis Tremblay, said the following at the conference: “Our films and videos on YouTube are being deleted and blocked. People who are not indifferent to our activities are simply afraid to help openly, because they are afraid of persecution. He is engaged in telling American viewers about the Donbass, Russia and Crimea.

The founder and CEO of the Center for Geostrategic Studies in Belgrade, Dragana Trifkovic, said that Serbia is being pressured by the American authorities to adopt a package of sanctions against Russia. Refugees from Ukraine stage demonstrations in Belgrade with Ukrainian flags and demand support.

Governments and elites in unfriendly countries use nationalism and neo-Nazism in Eastern Europe as a fist against Russia, holding it back and putting pressure on it.

The special operation in Ukraine is global in nature and is a great battle for the future of all mankind, said Deputy Chairman of the Council of Ministers of the Republic of Crimea – Permanent Representative of the Republic of Crimea to the President of the Russian Federation Georgy Muradov: “All Russophobia and Western propaganda, which puts in their reports and articles before the word “Russians” obligatory “barbarians” and “aggressors”, could lead to a full-scale war throughout Europe.