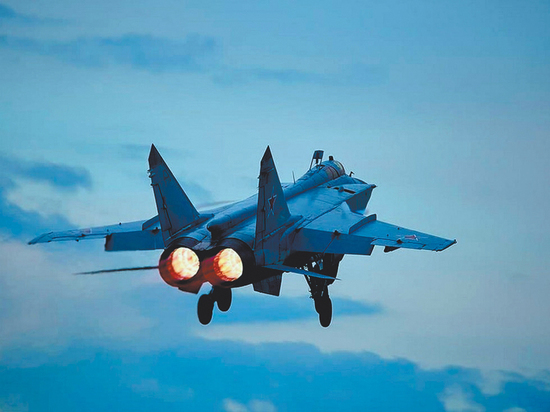 – As for the northern seas, there is an exclusive economic zone – an area that belongs to the jurisdiction of a particular state, – says Vladimir Popov. – It is adjacent to territorial waters – a 12-mile zone (22.2 km). And the exclusive economic zone is quite large – 200 nautical miles (370.4 km). A sovereign state has special rights there in relation to the exploration and use of marine resources, conducts fishing, mining, and conducts marine scientific research. When we enter the waters of the exclusive economic zone, we warn the coastal state about this and name the goals, for example, environmental monitoring. In this case, there should be no excesses.

Until 2014, we had our own representatives in the airspace control authorities of neighboring states. For example, speaking about the Baltic, we spoke directly with the Norwegians, with the Poles. There was a direct connection. A plane flies – we say: “Ours went on the task of such and such, it is leaving the territorial waters.” Everyone knew about it, control was carried out briefly so that there was no violation of the airspace.

To date, this is not the case. In the West, they believe that Russian fighters are acting very harshly, unsafely. And all because they entered our zone. We accompany them, show them that we see them, identify them…

The Major General draws attention to the fact that there were many cases when the aircraft failed to navigate and needed help.

He was walking and didn't know where. And when the escort plane came, he gets in touch with him. Or he showed with gestures that he was “deaf” and “blind” – something happened to the navigation. He was brought to the landing airfield, and after the proceedings he returned to the home airfield.

Vladimir Alexandrovich recalls how in September 2005, during a scheduled flight from St. Petersburg to one of the airfields in the Kaliningrad region, the navigation system of our Su-27 fighter over the Baltic Sea failed. The pilot reported to the ground that he could not orient himself over the sea. Already almost without fuel, the fighter ended up in Lithuanian airspace. When the plane ran out of fuel, it crashed to the ground, the pilot, Major Valery Troyanov, fortunately, managed to eject. He landed 55 kilometers from Kaunas.

– In this case, most likely there was a flight with the aim of committing a provocation. When the plane is at a distance of 15–20 kilometers from the state border, a fighter jet should already be near the violator of the airspace – for the purpose of safety. In this case, the RAF RC-135 electronic warfare aircraft, as young people say, decided to take us “weakly” to check if our air defense system was working. Because next time a combat aircraft may come there …

According to the Major General, the British studied our air defense system in this way.

– Our air defense system does not work all the time in the usual mode. But when a conditional enemy appears, radio stations are turned on, negotiations are underway. They record it all. They try to collect as much information as possible. In order to later, during the period of exacerbation, to know that such funds exist, and to influence them. To be honest, we do the same. The main thing is not to violate the sovereign airspace of a neighboring state, not to create a conflict situation.

– The fighter is next to the intruder. Goes with him in a parallel course, shows the pilot that he came close to the state border. If he does not understand and continues to move, then the fighter makes a nod or peck in his direction and returns to its original position. If he does not react again, the fighter crosses his course, enters the tail, conducts an attack, maybe goes over him.

Vladimir Alexandrovich recalls how, in his time, near Murmansk, in the region of Severomorsk, a Su-pilot 27 opened the fuel dump valve and doused a NATO P-3 Orion reconnaissance patrol aircraft.

– Orion could, of course, catch fire, fuel was sprayed on it. There was a noise, but they immediately left the area where our exercises were held. We announced in advance when the exercises would take place and closed the zone. And they decided to track which launches are being carried out, which equipment is in use, which ships are involved. And we almost paid the price.

– In the post-war period, as a rule, as soon as the plane approached our state border and violated it, we worked to defeat. They did not understand whether it was a civilian plane or a military one. There were many such cases. They hit the engines, they refused. A similar thing happened to a Japanese airlines plane that successfully landed on the ice somewhere in Karelia. Then he was evacuated.

The major general gives an example with the Korean Air Lines Boeing 747 aircraft, which operated the New York-Anchorage-Seoul flight. It was supposed to fly over the neutral waters of the Pacific Ocean, but deviated from the course by more than 500 kilometers, entered the closed airspace of the USSR. Passed a number of military facilities over Kamchatka, over the island of Sakhalin, where on September 1, 1983 it was intercepted and then shot down by a Su-15TM fighter of the USSR Air Force.

– It was also a provocation, all the documents on this case have not yet been opened. Our side came to the conclusion that this was a reconnaissance flight for the purpose of provocation or obtaining information. It was recorded that NATO reconnaissance aircraft were flying nearby, satellites were working. A complex reconnaissance operation was organized there. In my opinion, there were no passengers on the plane. The divers then found the passports stacked and tied with twine. A large number of corpses could not be found. Only the crew was on board.

As Vladimir Alexandrovich says, in the period from the late 80s to the 90s, when the Russian side and NATO closely cooperated, such cases were completely excluded.

—And in Soviet times, tracer shells were fired at night along aircraft flight, cutting it off from our state border. And there were missile launches – so that they understood the seriousness of their intentions.

Vladimir Popov also remembered the first ram on a supersonic aircraft. It happened on November 28, 1973 in the sky over the Soviet-Iranian border, in the region of the Mugan Valley in Azerbaijan. The Iranian F-4 “Phantom” was not just a “lost” fighter, but a spy plane, on which a special reconnaissance module with four cameras was placed instead of a nose cone.

– F-4 crossed the state border, went deep into our territory. On the plane were US Air Force Colonel John Saunders as an instructor and an Iranian pilot, Major Mohammad Shokuniya. They carried out the task of the CIA. The MiG-21SM with Captain Eliseev rose to intercept them. There were clouds, bad weather, he was forced to catch up with them in a fighter, to warn them. And then the aircraft guns had just been removed from the MiG-21. Captain Eliseev had two missiles. He launched one as a warning, along the plane's flight path, and the second – already to defeat. But the F-4 constantly maneuvered, and the missile did not hit him. Eliseev was forced to ram the Phantom with blows from below. The crew of the Iranian reconnaissance aircraft ejected and was detained by border guards. Captain Eliseev shot down the Phantom, and he himself died. Later he was posthumously awarded the title of Hero of the Soviet Union…

The lieutenant general also tells about cases when our pilots caught the tail of NATO aircraft with their wing and the engine screw with the keel. And they retreated.

– And then they shouted how incorrect our interceptor aircraft were doing. Well, don't meddle with us! Here, as they say, either we them, or they us. The crew knew what they were doing, retreated in time, and then the politicians continued to build their games.