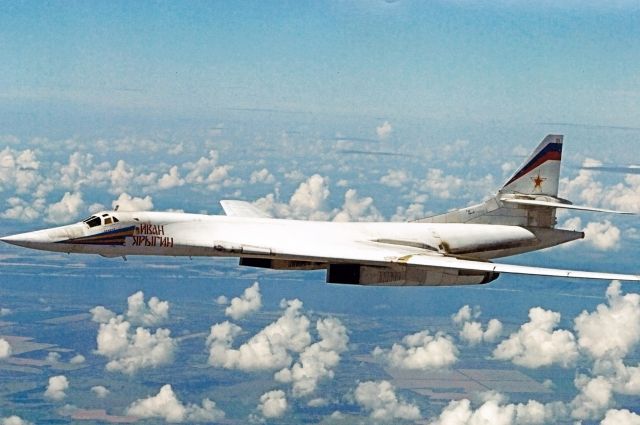 The Chinese edition of Sohu told about a new missile for strategic bombers Tu-160 and Tu-95, which cannot be detected with modern anti-aircraft and anti-missile defense systems. This is one of the most secret projects in Russia: Product 506. He was never mentioned by officials. We know so far only about the very fact of its existence and some possible technical features, but this is enough for NATO countries to pay attention to Russia's successes in creating such weapons.

This type of weapon does not yet have its own index, or an approved name, although it is possible that it simply remains classified. Moreover, it was never mentioned in the official reports and speeches of the Russian military. This is the so-called 'item 506' & mdash; miniature ultra-precise stealth missile, capable from a distance of thousands of kilometers with high & nbsp; accuracy to hit almost any target. The project participants hint that the rocket will have characteristics that have no analogues in foreign developments.

The developer of the coolest ammunition in the world is the State Machine-Building Design Bureau “ Raduga '' them. A. Ya. Bereznyak, part of the Tactical Missile Armament Corporation (KTRV). According to experts, the rocket will receive a promising engine, which runs under the code 37th product. The line of these engines was developed by the Omsk Engine-Building Design Bureau, but the products themselves are produced by NPO Saturn. This is a family of small-sized single-use turbojet engines TRDD-50. Power plant & nbsp; used on naval “ Calibers '', as well as on aircraft missiles X-55 and X-101 . 'Item 506' will receive a specially modified engine of this family.

According to experts, & nbsp; project of a new rocket “ product 506 '' is being developed in parallel with the creation of the modernized Tu-160M ​​. Probably, he will become the carrier of the ammunition. You can also expect it to appear on other strategic bombers, for example Tu-95MS or its modernized versions. He is capable of using all the same non-nuclear ammunition as the White Swan. Tu-160. But it cannot be ruled out that the Tu-22M3M will also be used by the Tu-22M3M.

Modern long-range missiles, to which the “ product 506 '' belongs, can be used to destroy key targets: headquarters , anti-missile and air defense radars, major bridges, industries. It is unknown if the 'item 506' will be have, in addition to the usual, also a nuclear warhead.

Currently, only Tu-160 and Tu-95MS bombers are equipped with modern long-range cruise missiles. In addition to the Soviet X-55 with nuclear warheads, already in this century, a non-nuclear X-555 with an improved navigation system and improved accuracy was developed and tested on their basis. The newer Kh-101/102 family of non-nuclear and nuclear strategic cruise missiles has been developed using stealth technologies. They have changed the shape of the case, they are made using composite materials. The improved navigation system provides them with an accuracy of less than 10 m when launched from several thousand kilometers.

Both the Kh-555 and the Kh-101 were baptized by fire in 2015. Russian long-range aircraft struck several strikes against targets in Syria. In total, strategic bombers have fired more than 50 missiles from the Mediterranean Sea. The attack on November 17, 2015, became a record intensity. Tu-160 and Tu-95MS used 34 Kh-555 and Kh-101 missiles against militants' targets.