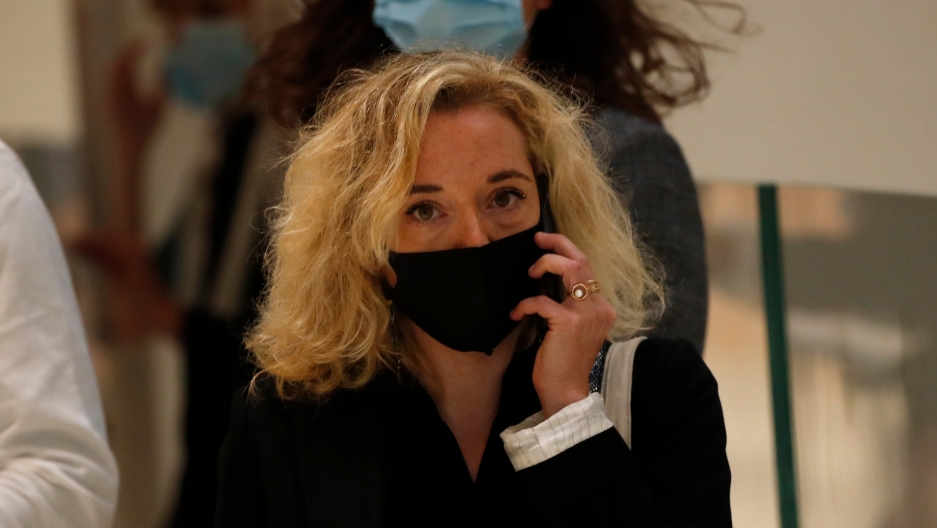 Chloe Verlhac, widow of Charlie Hebdo cartoonist Tignous, arrives at the courtroom for the opening of the 2015 attacks trial, Sept. 2, 2020, in Paris.

Top of The World — our morning news roundup written by editors at The World. Subscribe here.

The Charlie Hebdo terror trial began in Paris on Wednesday, five years after the massacre was carried out. Fourteen people are being tried for their alleged involvement in the series of deadly attacks, which started at the satirical magazine’s office and continued in a kosher supermarket. The attackers killed 17 people in the 2015 massacre, including the magazine’s editor, Stephane “Charb” Charbonnier, as well as several columnists and cartoonists.

The suspects stand accused of participating in a terrorist criminal association and giving support to the main perpetrators: brothers Saïd and Chérif Kouachi, and their accomplice Amedy Coulibaly. The three attackers were killed by police.

Many of the defendants could face sentences of up to 20 years, and one is looking potentially at life behind bars. Eleven of them are actually appearing in court, with all but one behind bulletproof glass. Three others who fled to Syria just before the attacks took place are on the docket in absentia. The hearing is expected to last almost two months and will entail 144 witnesses, 14 experts and 200 interested parties — mostly the friends and family members of the victims.

The killings marked the start of a series of attacks across France that claimed the lives of more than 250 people.

What The World is following

Kaing Guek Eav, a former teacher known as “Duch” who became the most infamous killer in the Khmer Rouge era, has died at the age of 77 of lung disease in a Phnom Penh hospital. He was serving a life term after being sentenced by a UN-backed court in 2012, for crimes against humanity while running Tuol Sleng prison. Some 14,000 people faced death at the notorious prison, typically at a killing field after extensive torture and forced confessions for dubious crimes. As many as 2 million people are believed to have died under the Khmer Rouge regime in Cambodia between 1975 and 1979.

A new study published on Tuesday in the New England Journal of Medicine showed that COVID-19 antibodies last at least four months after initial infection. The dataset is based on blood samples from 30,000 people in Iceland, and the findings could offer good news for scientists working on a COVID-19 vaccine. But big questions remain about whether immunity could decrease over time, meaning that reinfection with the virus later on might not be inhibited.

Saudi Arabia has announced that it will allow flights “from all countries” to travel through its airspace to or from the UAE. Although Riyadh has several ongoing regional disputes, the move was seen as an implicit but significant step for détente specifically with Israel.

From The WorldAfter military coup, uncertainty hangs over Mali’s future 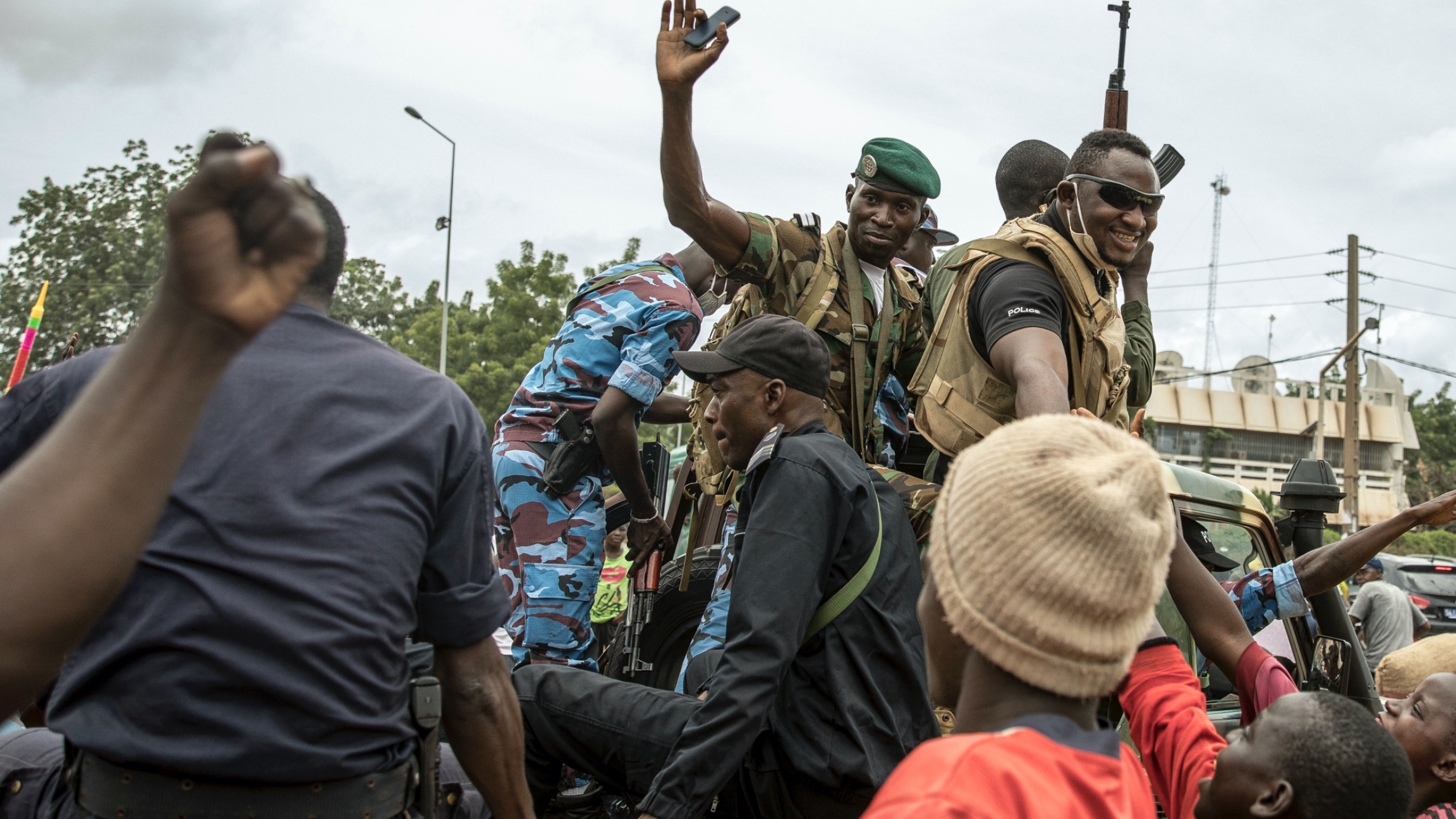 People cheer in celebration as security forces drive through the streets of the capital Bamako, Mali, Wednesday, Aug. 19, 2020, a day after armed soldiers fired into the air outside President Ibrahim Boubacar Keïta’s home and took him into their custody.

When Mali’s military arrested former President Ibrahim Boubacar Keïta to protect the nation as a “true democracy,” crowds in the capital Bamako erupted in cheers. Two weeks later, that enthusiasm has not waned — at least within Mali. From the onset, the military junta has promised to pave the way to new elections. But some are concerned it might be trying to hold onto power in this transition. 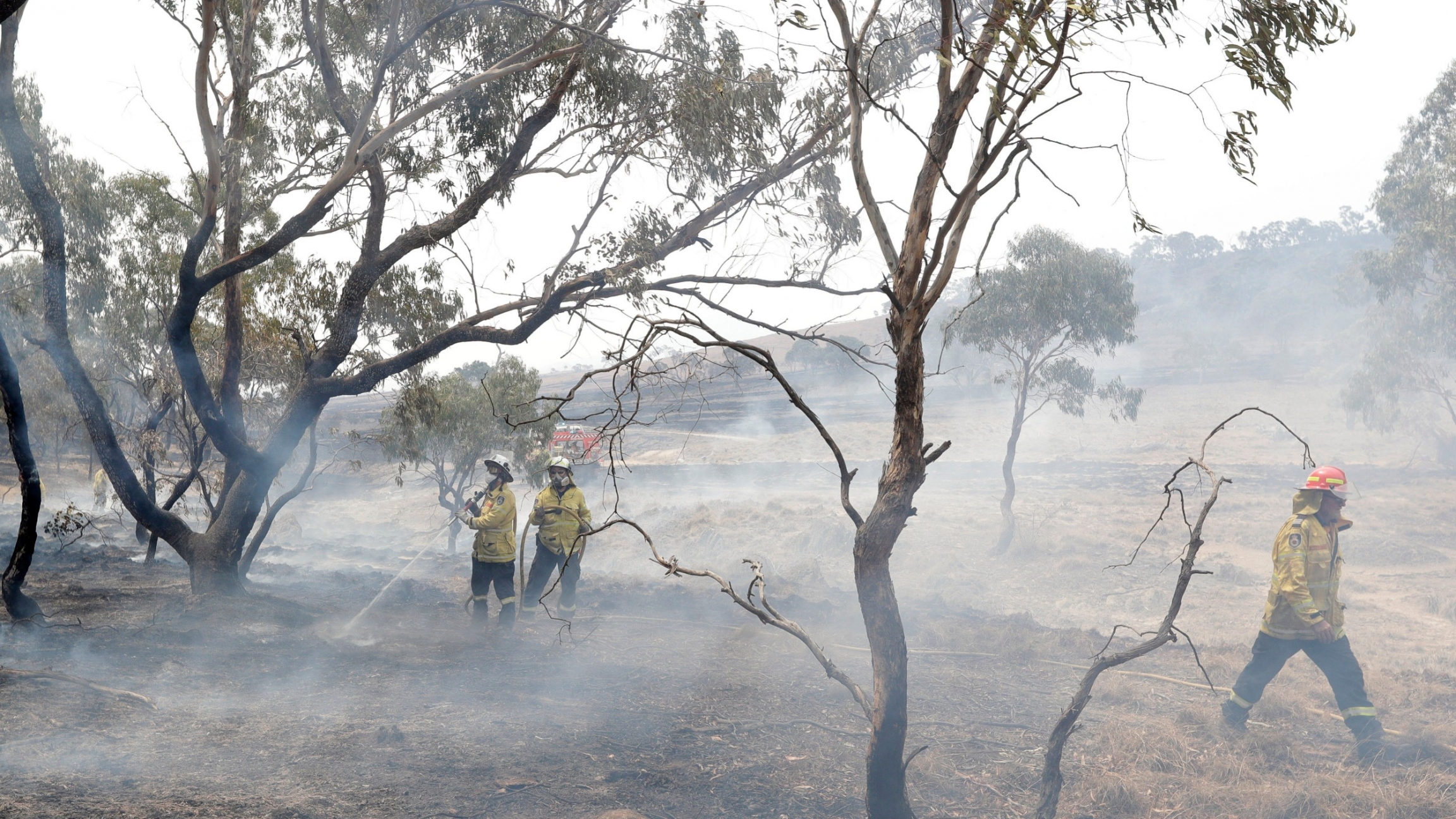 After years of advocacy work, cultural burning practitioners had a win in Australia last week, when the government of New South Wales, the state hit hardest by last year’s catastrophic bushfires, formally accepted a recommendation for an increase in cultural burning as part of their fire management strategy.

As some of the most damaging wildfires in recent memory have raged through California, could cultural burning knowledge become more relevant in the Golden State?

With the use of conservation biology and genomics, scientists at the National Human Genome Research Institute have discovered that the New Guinea singing dog still thrives in the highlands of New Guinea. This species was thought to be extinct for 50 years. The finding opens the door for the protection of the species.

Scientists have discovered that the New Guinea singing dog (yes!) thought to be extinct for 50 years, still thrives in the Highlands of New Guinea. This opens new doors for protecting a remarkable creature that can teach us about human vocal learning. https://t.co/HycWWjglbZ pic.twitter.com/qCm8rG4eLs 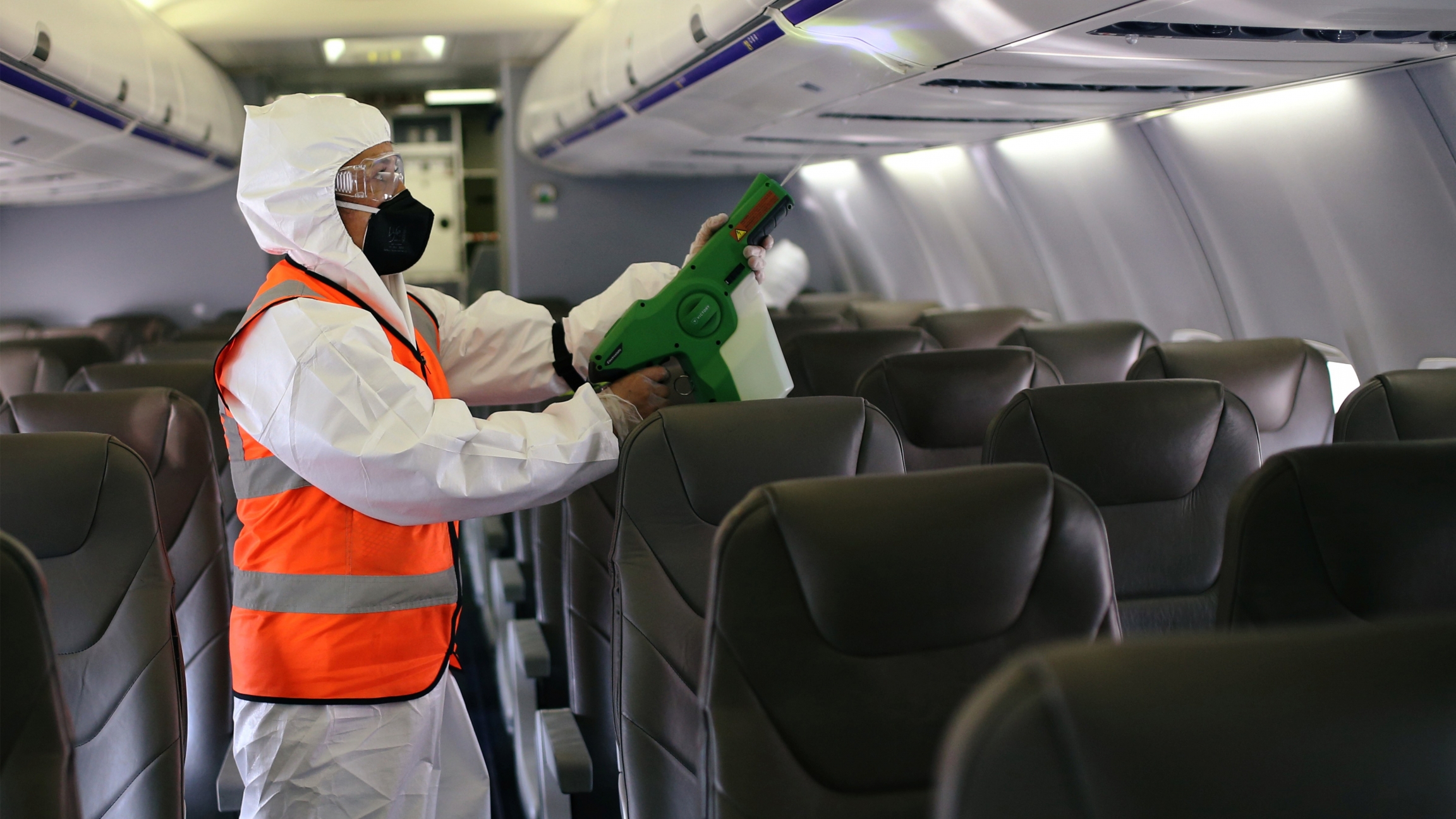 A man wearing protective gear disinfects inside an airplane at the El Dorado International Airport amid the coronavirus pandemic, in Bogota, Colombia, Aug. 31, 2020.

Six months into living through a declared pandemic, where does the world stand? Also, hear from some of The World’s international correspondents about what it’s like to travel abroad during a pandemic. The 2020 census gives Latino communities a pathway to political power. And, a man codes an online bilingual baby name finder.