The United States is concerned about recent reports of an unusual gathering of Russian troops along the border with Ukraine. They said that Moscow's repetition of 2014 would be a serious mistake

If Russia tries to repeat its 2014 actions in Ukraine, it would be a serious mistake, said US Secretary of State Anthony Blinken during a joint press conference with Ukrainian Foreign Minister Dmitry Kuleba.

The Secretary of State recalled recent reports that Russia is building up its military presence along the border with Ukraine. “We are concerned that Russia could make a serious mistake by trying to repeat what it did in 2014, when it concentrated forces along the border [with Ukraine], invaded the sovereign territory of Ukraine, while falsely claiming that it was provoked.” , & mdash; Blinken said. According to him, Moscow uses such declared 'provocations' to then be able to do what it wants.

According to the secretary of state, all provocations in eastern Ukraine come from Russia, including the movement of Russian troops near the border. At the same time, Blinken stressed that Russian intentions are not clear to Washington.

“ We do not have clarity about Moscow's intentions, but we know how it works, '' & mdash; he explained.

The Russian side denies the participation of its military in the conflict in Donbass, which began in 2014, but admitted that Russian volunteers could be on the territory of Ukraine. In addition, following previous accusations of troop concentrations near the border, the Kremlin has consistently maintained that Russia's actions pose no threat to anyone.

In October, US Secretary George Lloyd Austin visited Ukraine. During a press conference, he said that Russia had started an armed conflict in Donbass and was trying to prevent a peaceful resolution of the issue in the region. At the same time, he stressed that Ukraine should be able to regulate its membership in NATO without any external interference.

Later, in early November, the Pentagon announced “ unusual activity '' Russian military near the border with Ukraine. It called on Russia to clarify its intentions and warned that any aggression or escalation would be “ seriously worried. '' USA.

The next day, the Suddeutsche Zeitung newspaper, citing diplomatic sources, reported that the US had approached Britain, France and Germany on this issue. 'Reason for [contact]' mdash; concentration of Russian troops on the border with Ukraine and the associated high potential for escalation '', & mdash; wrote the edition. 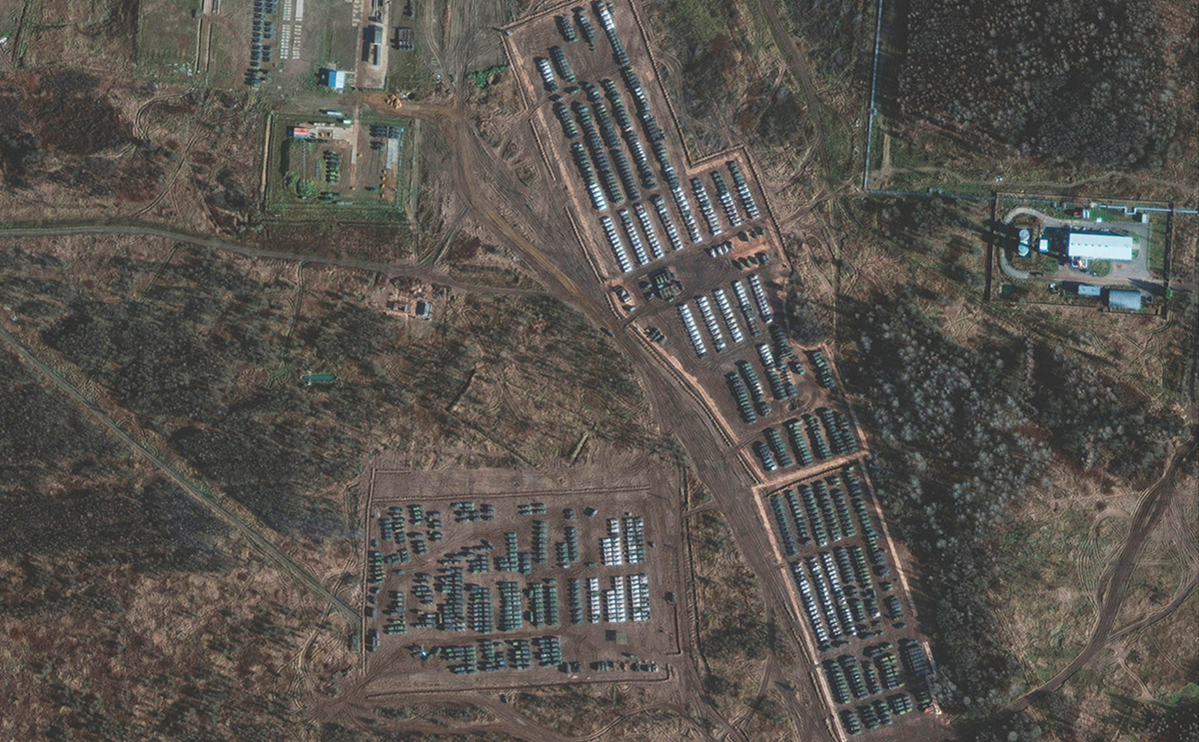 Politico also published pictures showing military equipment near the city of Yelnya in the Smolensk region, located near the border with Belarus, some of which, presumably, are attached to the 1st Guards Tank Army Of the Russian Armed Forces.

Press Secretary of the Russian President Dmitry Peskov said that the movement of the Russian military and equipment & mdash; the case of Russia. He assured that the actions of the state never threatened anyone. “ Look, probably, the quality of these publications is not even worth commenting on and you should not pay any attention, & mdash; also commented on Peskov's article Politico. & mdash; We are talking about the border with Ukraine, and they show the border with Belarus & raquo;