Joe Biden threatened Russia with sanctions when parts of Ukraine join it The US President called the holding of referendums on joining the DPR and LPR, as well as the territories of the Kherson and Zaporozhye regions controlled by it, a “fiction” and threatened with additional economic costs for Russia 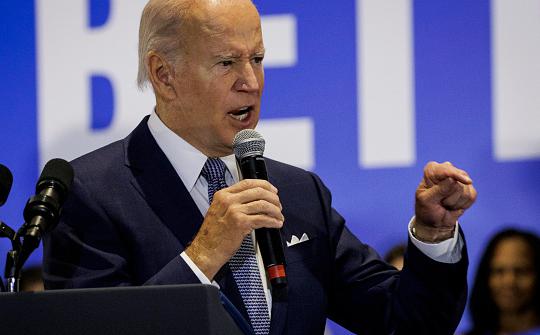 The United States will never recognize the annexation of Ukrainian territories to Russia, said President Joe Biden, his words are quoted on the White House website.

“Russian referendums [on joining Russia with the DPR and LPR, as well as the territories of the Kherson and Zaporozhye regions controlled by it]— this is a fiction, a false pretext for attempts to annex parts of Ukraine by force, which is a flagrant violation of international law, including the Charter of the United Nations, — Biden believes.

He promised, together with allies and partners, to expose Russia to additional economic costs.

In addition, the American leader assured Kyiv that Washington would continue to provide him with assistance.

A similar statement condemning the referendums was made by the G7 countries (in addition to the United States, these are Great Britain, Germany, Italy, Canada, France and Japan). In their opinion, they have no legal force and are not legitimate.

Read on RBC Pro Pro Five anti-stress practices that will help you better control emotions Pro instructions Why Adobe buys Figma and why it angers investors and users Articles Pro How agent 007's cocktail recipe will help improve work and personal life Pro articles $5.99 billion in revenue Pro Articles 9 Ways to Quickly Recover from Stress Pro How-Tos How the Stock Market Reacts to Partial Mobilization: What an Investor Should Do Articles Pro Existential Horror: Why Apple Intimidates Buyers Pro Articles Who Can't Open an Account Abroad and Why How-To

In the DPR and LPR, as well as in the Russian-controlled territories of Kherson and Zaporozhye regions, referendums on joining Russia began simultaneously on September 23. Voting will last until September 27.

President Vladimir Putin has already promised to support “the decision about their future, which will be made by the majority of residents of the Donetsk and Luhansk People's Republics, Zaporozhye and Kherson regions.”

Back in early August, Ukrainian leader Volodymyr Zelensky called holding referendums a condition for Kyiv to refuse negotiations with Moscow.

On February 24, Russian President Vladimir Putin announced the start of a military operation in Ukraine, the purpose of which he called “protecting people who who for eight years have been subjected to harassment, genocide by the Kyiv regime”, as well as “demilitarization and denazification” neighboring country.

politician, President of the United States