Strange and ominous (or not very strange, but definitely ominous) information was at the disposal of the British corporation BBC. The new head of the British Army General Staff, Sir Patrick Sanders, demanded that his subordinates be ready for war with Russia. The general's private address says, among other things: “Now it is imperative to create an army capable of fighting alongside our allies and defeating Russia in battle … We are the generation that must prepare the army to fight again in Europe.” 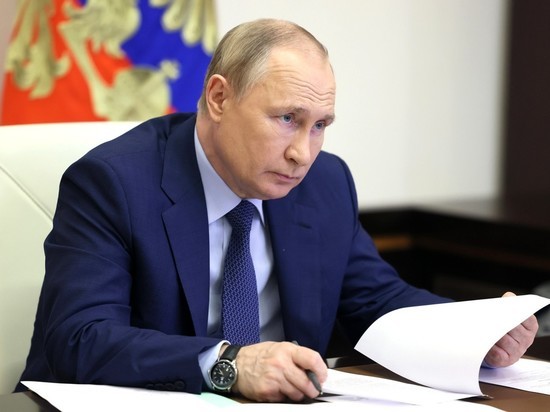 Forced again – for the third time – to change my position: the appeal of the head of the British General Staff is still very strange. And this strangeness is not at all in the fact that General Sanders considers a war between Russia and NATO possible in principle. The real oddity is that Sir Patrick Sanders seems to think this war could be non-nuclear.

Why did the acute conflict between the warring superpowers never turn into a hot stage during the Cold War? The secret lies in the so-called doctrine of mutually assured destruction.

Washington knew that America had the ability to destroy the USSR. But at the same time, only heaps of radioactive ash will remain from the United States itself.

In Moscow, everything was also similar or, perhaps, it would be more correct to say, in a symmetrical way.

Vladimir Putin's address in connection with the start of Russia's special military operation in Ukraine on February 24 this year: “Now a few important, very important words for those who may be tempted to intervene in ongoing events from the outside. Whoever tries to stop us, let alone create threats for our country, for our people, should know that Russia's response will be immediate and will lead you to consequences that you have never experienced in your history. We are ready for any development of events. All necessary decisions in this regard have been made. I hope that I will be heard.”

Special repeat for those who “didn't hear the first time.” A meeting of the President of the Russian Federation with the Minister of Defense and the Chief of the General Staff a few days later: “You see that Western countries are taking not only unfriendly actions against our country in the economic sphere, I mean illegitimate sanctions, which everyone is well aware of, but the highest officials faces of the leading NATO countries also make aggressive statements against our country.

Therefore, I order the Minister of Defense and the Chief of the General Staff to transfer the containment forces of the Russian army to a special mode of combat duty. Sergei Shoigu: Yes. Valery Gerasimov: “Yes.”

It would seem, what else can remain incomprehensible here? It turned out a lot. It follows from the context of Sir Patrick Sanders' statement that the general is convinced that a direct armed conflict between London and Moscow may well develop according to the canons of wars in the 19th century – the era before the invention of nuclear weapons. Otherwise, all the arguments of the head of the British General Staff make no sense: in the event of an exchange of nuclear missile strikes, there is no need to “prepare the army to fight again in Europe” .

And this very “prepared army” and unprepared civilians will go together to the forefathers in the time range of several minutes. Is all this strange? Much stranger is that General Sanders is not the only one.

Deputy Prime Minister (actually shadow supreme leader) of Poland Jarosław Kaczynski: The West should not get hung up on avoiding a military solution to the conflict, as this makes it weaker compared to “the opposite side, more uncompromising…

Please note that the defeat of the West, primarily America in Ukraine, will be something more serious than Vietnam, not to mention Afghanistan.

Of course, Jarosław Kaczynski has nothing to lose but his own life and the lives of his beloved cats: in the best (or worst) tradition of political eccentricity, Poland's shadow leader has no children, has never been married, and has never even been in a relationship.

But after all, the Polish political elite is not all made up of “secular hermit monks.” However, Kaczynski's views in Warsaw do not seem particularly strange or dangerous to anyone. Of course, it is somewhat reassuring that the key decisions about NATO's strategy are not made in Warsaw or even in London. Here, the “big boys” continue to demonstrate commendable political sobriety.

Authorities in the US capital regularly state that the US does not intend to go to war with Russia. However, to say that the “big boys” (and “big girls”) in the American upper classes are not at all inclined to extreme forms of adventurism is also not necessary. For example, I was very alarmed by the statement by the US Permanent Representative to NATO, Julianne Smith, expressing support for the creation of a separate military alliance of Great Britain, Poland, Ukraine and the Baltic states.

Can you imagine what such a separate military alliance can do? I imagined for a second – and somehow I suddenly felt sick. Like all Western figures quoted above, I also grew up in the Cold War era. But unlike them, I don't really believe that a direct military conflict between Russia and NATO can be non-nuclear.

Does that make me an optimist or a pessimist? I suspect a realist. Sorry to have to end on such a sad note. But I have no other planet Earth for you (and for myself).